"I've indicated to [Indonesia's defence minister] that if Indonesia is interested in acquiring more C-130s, then we have some which we will be able to sell," minister for defence Stephen Smith said in a media briefing.

He was responding to a journalist's query regarding unsourced news reports that Australia is on the verge of selling six C-130H aircraft to Indonesia for $15 million each. Smith said that six was the number of aircraft Australia could "probably" offer.

In early August, the Jakarta Post quoted an Indonesian defence ministry spokesman as saying that a deal was in the works for six Royal Australian Air Force (RAAF) C-130Hs that will be retired at the end of 2012. 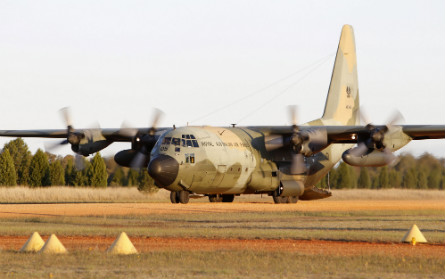 On 4 July 2012, Australia and Indonesia signed a memorandum of understanding for the transfer of four surplus C-130Hs to Indonesia. Jakarta is to fund the refurbishment of the four aircraft, which have been parked since 2009.

One day later, Canberra confirmed a long anticipated deal to buy 10 Alenia C-27J Spartan tactical transports for A$1.4 billion under the US Foreign Military Sales (FMS) mechanism, which will further bolster its airlift capabilities.