After a significant 12 months in which it opened new headquarters in Panama and overhauled the organisation, ALTA executive director Luis Felipe de Oliveira believes the association has rediscovered its focus.

"I think we were able to make ALTA relevant in the region again," he told FlightGlobal, in an interview earlier this month ahead of this October's ALTA Airline Leaders Forum in Panama City. "We were much more active in many areas. We have around 45 projects that come from the needs of the members of the region. We have some MoUs with the governments, and some important projects. We gained a lot of relevance in the last year." 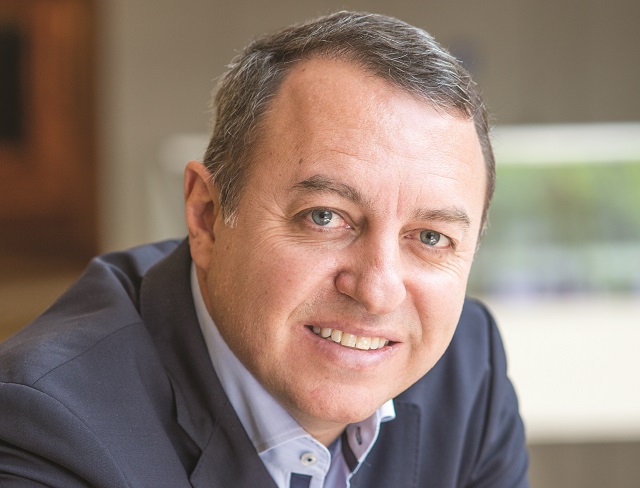 He notes that that has been achieved even with significant changes in the organisation. "We used to have around 21 people working for us, now we have 14 people. And these 14 are much more focused in the day-to-day activities of ALTA. Even during this major change, we didn't stop. Now we are settled. We have a new team in place that is ready to deliver."

That came in a year in which ALTA moved its physical headquarters from Miami to Panama.

"We opened on 1 May and had an official ceremony on 19 July to invite our partners, media and other associations," he explains. "One of the important things was to have a Latin American association based in Latin America. We need to be close to our members. There is good connectivity in Panama, we can fly everywhere we need to go. [And] we have more freedom to hire people from the region, from the airlines in the region.

Now in its second year under his leadership, de Oliveira says ALTA has also shifted its focus. "We are an airline association – our full members are airlines and we need to follow the directions of the airline needs in the region. However, we realised the industry we represent, involves not just the airlines.

"The industry [is forecast] to double in size and to achieve that we need to have an efficient industry. We need to have a lower cost, a regulatory framework, and to work on behalf of industry to avoid excessive costs

This focus is evident in recent ALTA accords with Brazil, Colombia and Ecuador aimed at enhancing the development of aviation in these countries.

"Ecuador was basically closed for the industry for the last 10 years. Now we have signed an agreement to support [development], share best practice, we are bringing them to our events, like the safety seminar.

"We are also focusing on costs – in Ecuador there is a tax on the repatriations of the funds – we are working [for an exception] to this 5%. We have a tax of 5% on fuel, that too is included in our discussions," he says.

An agreement with Brazil put in place foundations for developing an aviation policy framework in Latin America's biggest economy, irrespective of the results of October elections.

"The idea is independent of who or which party wins the election, we have already something signed with the government. From the five parties that signed the agreement in Brazil – the only one who might change is the ministry of transport – that's why we have the agreement, so it will be good starting point," he says.

The agreement with Colombia, also unveiled in September, also focuses on areas of aviation safety, as well as supporting airlines in the implementation of the CORSIA global carbon-offsetting scheme – for which airlines must begin recording the CO2 emissions from the start of next year.

"With these kinds of agreements, we help the industry move in the right direction and probably you see more agreements – one or two more in the next few months," says de Oliveira.

These types of agreements build on the example already seen in Argentina. ALTA struck a co-operation deal in November 2017 on developing aviation in the country, which has embarked on a major opening up of its market.

"I think they realise the value of aviation and they are working very hard to implement the changes – if you see last year one of the countries with the largest increase in visitors, it was Argentina," notes de Oliveira.

"That generates the economic activity, that I think Argentina is starting to see right now. We hope to sell the same message to other countries in the region.”

De Oliveira is encouraged by the reaction to the focused approach ALTA has seen over the year. "We have 15 new associates that are not airlines, that have joined and are helping us financially to achieve our results. We have two new airlines [Interjet has since been announced] – one as associate member. We are receiving the vote of confidence from the industry, that we are moving in the right direction. That is the validation, if people are investing and see the value to ALTA, that is showing us we are in the right direction.

"We still have a lot of work to do, especially in Brazil," he acknowledges. For example, neither Gol nor Azul are members of the association. "We need to grow our members in Brazil, though I think it's a question of time and I hope in the near future we could announce the return of some of the Brazilian airlines that left ALTA in the last few years."