As head of administration and human resources at Small Planet Airlines, Laura Mieceliene is seeking to help employees strike a balance between work and home life.

Yes. I dreamt about being cabin crew from a very young age. It's not surprising, as my father was a commercial airline pilot. Unlike him, I didn't want a career as a pilot. In the early 1990s, it was a male-dominated industry, female crew were the exception. Even today, only 3% of the world's pilots are female. The number is growing, but far too slowly. Currently we have seven female pilots at Small Planet Airlines – three of whom are captains – which reflects the industry norm.

Tell us about your career

I attended a cabin crew training course during my final year of high school and graduated both at the same time. I was only 17 years old, so I had to wait for four months until I turned 18 to start working. My first job was with Lithuanian Airlines. I worked there for nine years, fell in love with my colleague, got married, and had two children. Then I was offered a senior cabin crew position for another airline that was opening its branch in Vilnius. After some time, I became a supervisor and then moved up to the role of chief cabin crew. Five years later, I gave birth to my third child and left the aviation world. I missed the industry a lot, so when I heard four years later that Small Planet Airlines was looking to fill the post of chief cabin crew, I jumped at this opportunity and got the job.

After a three-year spell in this position, I was appointed as head of administration and human resources. It was both a fresh opportunity and a great challenge for me, and continues to be so. 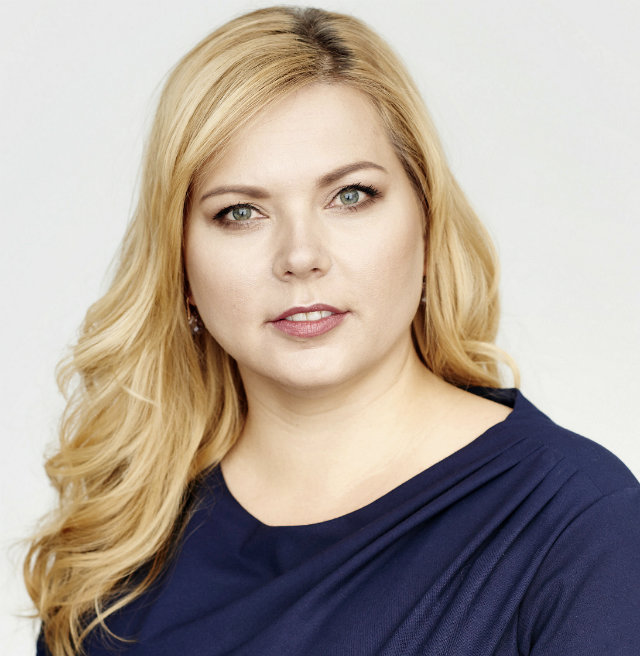 Working as cabin crew was invaluable for my personal development. These experiences have helped me to develop empathy, learn to work in a team and strengthen my leadership skills. Throughout my career, I have broadened my understanding of the commercial aviation industry.

What are your biggest challenges?

I only have one – striking a healthy work-life balance. It's not always possible, and the scales are often weighted in favour of work, rather than family. Working in an office is a completely different experience to working on an aircraft. Even after the most exhausting flights you can close the doors of the aircraft and forget about everything. When you close the office doors the work continues, at least in your head. On the other hand, now I have free weekends and evenings that I can spend with my family.

I have many responsibilities and duties, but the most important is to make sure Small Planet Airlines is adequately staffed. We are looking for people who understand the company's culture and its business strategy. We hire employees who are eager, creative, professional, full of ideas and love what they do. Small Planet is constantly growing – we plan to expand our staff from 1,000 at the end of 2017 to 1,400 this year. Three-quarters of employees are crew members and only a quarter administration staff. Next year, crew numbers will increase by 40% – including 100 pilots – and administration staff by 20%. This is huge growth in just one year.

The airline’s expansion increasingly depends on our ability to hire the necessary number of crews, and, as everybody knows, there is a shortage of pilots across the aviation industry. To address this challenge, we have adopted a number of measures: starting the recruitment process early; creating a talent programme to attract suitable internal candidates and forging closer ties with flight training academies, whereby we guarantee jobs for qualified pilots.

What do you enjoy the most about your job?

Small Planet is renowned for its strong values and culture, and I relish the opportunity to participate in shaping its future. What I love the most is working and engaging with people, as well as coming up with new ideas that promote the carrier as a dream employer or, as we call it, a "lovable place to work". By this we mean a high-involvement culture where it is fun to work; people have the opportunity to grow professionally, and freedom is valued more than control.

An important challenge we must overcome in the near future is to improve the work-life balance for employees. We live in an age where people are struggling to find time for a career without sacrificing their social and family life. At Small Planet, we aim to balance things as much as possible by building leadership skills within our management team and improving and optimising processes.

The lack of time. There simply aren’t enough hours in a day to get everything done.