Israel's first M-346 landed at Hazerim air base in the south of the country last July, and deliveries are continuing on schedule.

Being introduced as a replacement for the air force's aged Douglas A-4 Skyhawks, the Lavi represents a "big revolution" in training, saysan air force Lockheed Martin F-16I pilot – identified only as "Maj E" – who is part of the initial team of instructors. 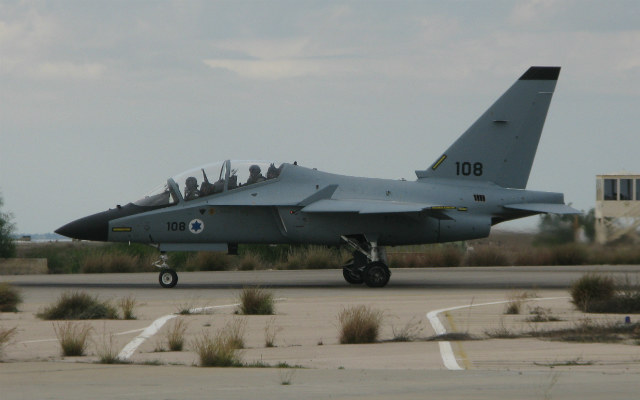 While the new trainers are already taking off and landing from the base's runways, a simulator centre built in advance of their arrival is also bustling with activity. At this point, the menand women in the half-dome simulators and in front of computer screens are instructors preparing the lessons for cadets that will be trained on the type.

The ground-based training system (GBTS) was developed by Elbit Systems, together with Alenia, CAE and Selex.It consists of two full mission simulators and two operational flight simulators, all of which can be linked together. According to Elbit, the infrastructure offers an experience that is almost identical to real flight.

"Until now we demanded the cadets to perform 120 air missions as part of the training. From now on, they will be required to do only 100. The rest will be done in this very advanced simulator facility," says Maj E. 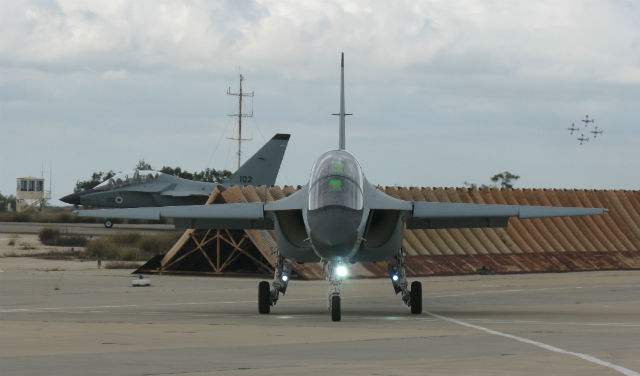 Pilots and weapon systems operators (WSOs) will undergo training ranging from basic familiarisation with the aircraft to the highest level of combat flight competence. This training will be performed based on an innovative concept in which a high percentage of the syllabus is practiced using the GBTS, which trainees will visit on a daily basis. The Israeli air force selected this method so that its pilots and WSOs will be ready and qualified to progress directly to fourth- and fifth-generation fighters like the Boeing F-15 and F-16 and Lockheed Martin's F-35 Lightning II, respectively, after completing their instruction.

According to Maj E, the most significant advantage of the Lavi is its use of an embedded virtual simulation system, which was developed by Elbit and integrated by Alenia Aermacchi."This turns the Lavi into a combat aircraft laden with systems it actually does not carry, like radar, missiles and electronic warfare systems," he notes.

By contrast, the Skyhawk was almost a bare trainer, and after a new pilot reached a fighting squadron he/she had to begin operational training almost from scratch. "The squadron hated that, as they consider it a waste of time and resources," the F-16I pilot says. "This is completely changed now." 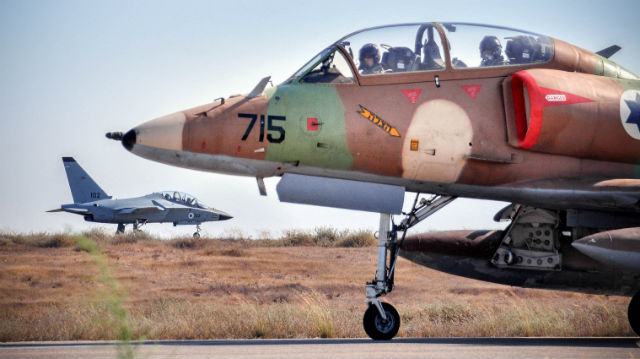 Maj E is enthusiastic about the new trainer's overall performance. "It has better manoeuvrability than the F-16A used now for training in the squadrons, and manoeuvres very smoothly – a fact that required the installation of a manoeuvring limit system that is pre-programmed and limits thegon the pilot." He also praises anothersafety feature of the M-346: a vertigo escape button."When the pilot feels the first sign of vertigo he pushes that button and the aircraft is kept in straight and level flight until the pilot has recovered," Maj E says.

During Flightglobal’s visit to the new unit at Hazerim, test flights of the M-346 were continuing in an effort to prepare them for use with the first flying students.The aircraft are currently being crewed by pilots from the Israeli air force's flight test unit, who are performing the required checks and calibrations of the type’s new systems.