A Syrian air force Sukhoi Su-24 was shot down on 23 September by an Israeli Raytheon Patriot surface-to-air missile. The Syrian fighter had approached – and reportedly breached – the Israeli border on the Golan Heights before it was brought down.

Such an incident was one of the most likely scenarios, with the civil war in Syria and recent clashes with rebel groups near the Israeli border.Debris fell in the Quneitra zone on the border between Israel and Syria, with the aircraft's two crew members reported to have ejected.

The civil war in Syria and the extreme Islamic organisations that control parts of the country pose a big problem for the Israeli air force, which has taken measures resulting in what can be summed up as "zero time reaction".

In addition to operating sensors to detect any suspicious flightpath activity in the direction of the Israeli border, air force squadrons at certain bases are kept at immediate readiness around the clock.The main concern is that a terrorist group could use seized Syrian air force aircraft to perform a suicide attack on Israel. 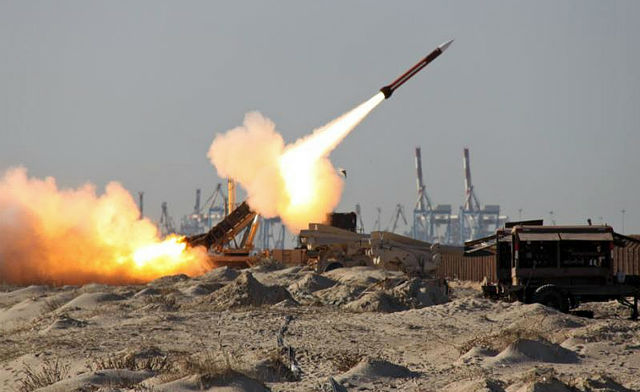 Tensions recently spiked when Israeli sensors detected a target approaching the border on 31 August. A Patriot missile was used to shoot down a Syrian air force unmanned air vehicle, which foreign sources later claimed to be an Iranian-made Yasir.