The Israel Missile Defense Organization (IMDO) and US Missile Defense Agency performed a second successful test firing of the Arrow 3 defensive missile from Palmachim air base on 3 January. The interceptor achieved an exo-atmospheric trajectory through space, in accordance with the test plan, the groups say. 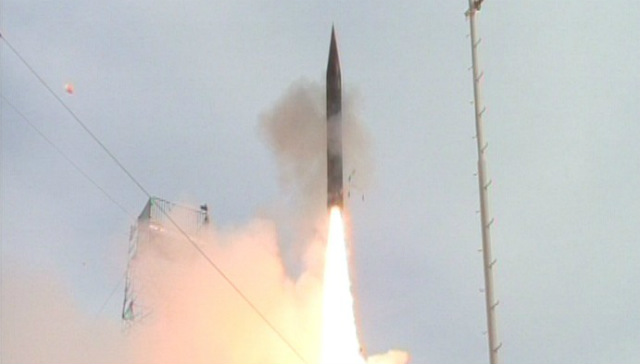 According to the IMDO, the launch is a major milestone in the development of the Arrow 3 weapons system, and provides further confidence in Israel's future capability to defeat ballistic missile threats. The new interceptor is lighter then the nation's existing Arrow 2 design, and features enhanced terminal-phase manoeuvrability. The weapon's so-called "end game" involves a kill vehicle going for final impact, independent of sensors on the ground.

The main contractor for the integration and development of the Arrow weapons system is the MLM division of Israel Aerospace Industries, working in conjunction with Boeing.