Japanese media have reported that Tokyo will choose the Lockheed Martin F-35A Lightning II to fill its F-X requirement.

Several major Japanese publications cited sources as saying that Tokyo favoured the F-35A in the 40-aircraft deal, and suggested that the decision will be officially announced on 16 December. The deal is expected to value $8 billion, they said.

Japan's defence ministry declined to confirm when an announcement will be made, adding: "the government has not yet decided the type of aircraft".

The other two aircraft in the F-X competition are the Boeing F/A-18E/F Super Hornet and Eurofighter Typhoon. Owing to Tokyo's tight political relationship with Washington, industry sources have said the American types are the most likely winners.

Tokyo's decision will be closely watched in Seoul and Canberra. South Korea's F-X III requirement calls for over 60 aircraft. The four rivals in this competition are the F-35 and Typhoon, Boeing's F-15 Silent Eagle and Sukhoi's PAK-FA. Seoul is expected to issue a request for proposals in February 2012.

Australia, which already purchased 24 F/A-18Fs as a stop gap owing to delays in the F-35 programme, is pondering whether further delays could warrant additional Super Hornet purchases. 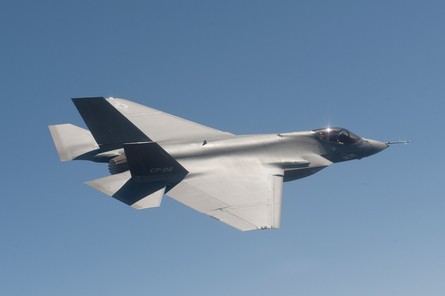 Against this backdrop, Tokyo mounted a long and ultimately futile campaign to acquire Lockheed's F-22 Raptor. While the F-35 is not as capable as the F-22 as a fighter, it would provide the Japan Air Self-Defence Force with an aircraft possessing all-aspect stealth.

Producing the fighter in Japan would also give Tokyo the know-how needed to develop a stealth aircraft of its own. Lockheed, Boeing and Eurofighter have offered substantial local work packages as part of their F-X offerings.