The licence-produced version of the AW101 is built by Kawasaki at its Gifu factory in Japan. The airborne mine countermeasures variant is equipped with Northrop Grumman’s AQS-24A airborne mine-hunting and AES-1 laser mine detection systems. 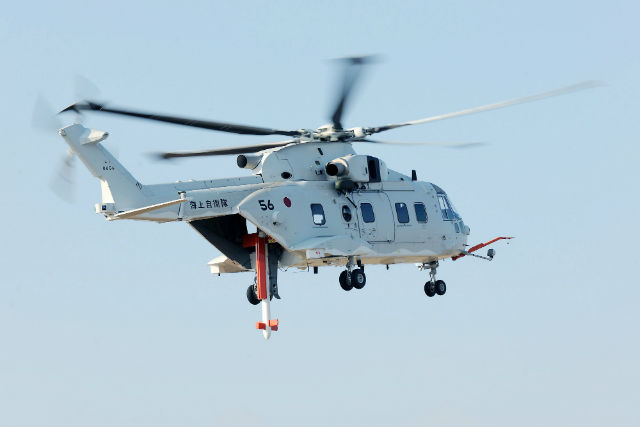 Development of the variant has been led by Kawasaki, including integration and design of the AQS-24A carriage and its deploy, tow and recovery system, with AgustaWestland providing technical support, including modification of the helicopter’s automatic flight control system.

Following delivery on 27 February, the MCH-101 has been transferred to the service’s 51st Experimental Sqn for evaluation trials. It is due to enter operational service in 2016.

Flightglobal’s Ascend Fleets database records Japan’s navy as having received six MCH-101 airframes so far from a total order for 11, plus two of an eventual three CH-101 utility transports. Kawasaki is responsible for delivering 13 of the aircraft.