Leonardo has used the IDEX exhibition in Abu Dhabi to unveil plans to produce a new fighter/attack (FA) version of Aermacchi M-346, to be available from next year.

“The new version has been conceived to take advantage of the performances and the introduction of an enhanced mission configuration, based on the proven Grifo-346 multimode radar, to accomplish air-to-air and air-to-surface operations," says Leonardo aircraft division marketing and sales representative Eduardo Munhos De Campos. “The fighter/attack model will be available from the end of 2018,” he adds. 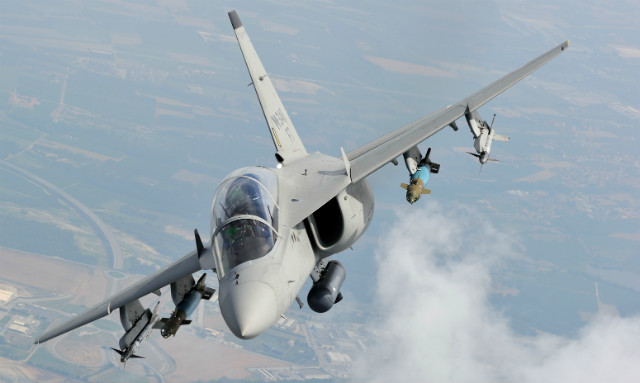 “Integration of the radar is expected to take an additional 18 months, while the mission systems configuration is being frozen”, says Munhos De Campos. Leonardo is also expected to offer an enhanced radar cross section reduction kit as part of this process.