Lockheed Martin has completed deliveries of C-130J tactical transports to Tunisia, with the nation’s air force having received its second example of the new-generation Hercules on 11 December.

Tunisia ordered the pair of stretched-fuselage C-130Js in 2010, making it the first African customer to commit to the type. Registered as TS-MTK, its lead example (below) was transferred in April 2013. The nation’s air force also currently operates six C-130Bs and a lone H-model Hercules, as recorded by Flightglobal’s Ascend Fleets database. 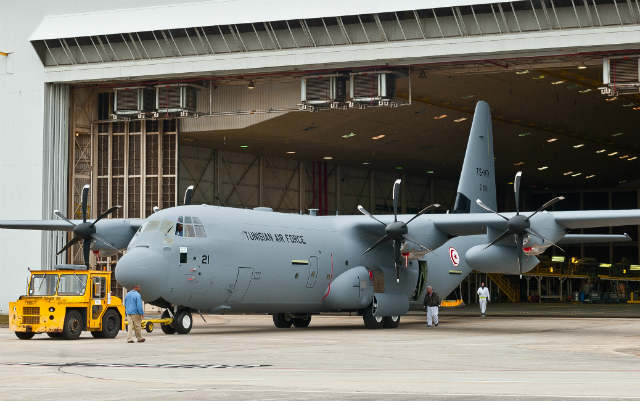 “Tunisia’s new C-130Js will support operations across the mission spectrum, including relief efforts around the world, firefighting and traditional airlift sorties,” according to Lockheed.

Ascend records another 13 African nations as currently operating a combined 76 legacy Hercules, and Libya has requested the possible purchase of two J-model aircraft.