The Pentagon’s secretive research arm is seeking design submissions for a next-generation vertical take-off and landing (VTOL) aircraft that can operate with minimal support infrastructure.

The US Defense Advanced Research Projects Agency (DARPA), which exists to incubate breakthrough technologies for national security uses, said on 7 September that it has launched the project. 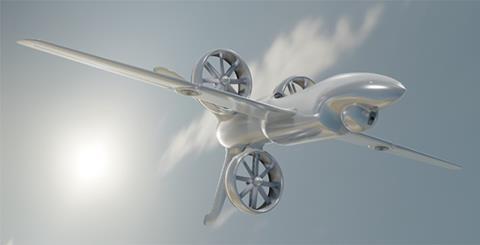 But the project’s most-emphasised priority is for the aircraft to operate without complex launch and recovery equipment.

“The ability for the war fighter to deploy and retrieve such systems in challenging conditions without reliance on infrastructure would minimise personnel, costs and vulnerability during sensitive operations,” says Steve Komadina, DARPA’s manager for the programme.

ANCILLARY seeks “to build a plane that can launch from ship flight decks and small austere land locations in adverse weather without launch and recovery equipment typically needed for these systems”, the DARPA solicitation notes.

While some existing unmanned air vehicle platforms, such as AeroVironment’s RQ-11 Raven and Boeing Insitu’s ScanEagle, can be carried and hand-launched by dismounted ground troops, those platforms are small and meant to provide fairly limited reconnaissance.

ANCILLARY seeks a substantial “leap ahead” on low-support VTOL technology. DARPA says it wants to leverage the “non-traditional commercial industry base” that has sprung up around the VTOL and electric VTOL industries.

The agency plans to host an ANCILLARY expo day on 20 September near Washington DC, where proposals from industry may be submitted.