The Indian Navy has issued a request for information (RFI) regarding unmanned air vehicles (UAVs) to operate from warships.

A 28 June tender document for the Naval Shipborne Unmanned Aerial System (NSUAS) suggests the navy is looking for 40 systems, with each system comprising two air vehicles, as well as a main and standby control station. 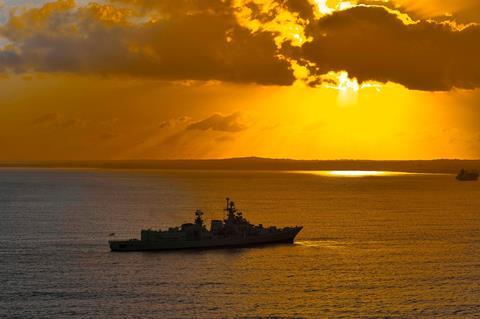 “The NSUAS will be launched from a ship and will be used for Surveillance including SIGINT [signals intelligence], Target Acquisition, and Reconnaissance and building MDA (Maritime Domain Awareness) around a Task Group,” says the RFI.

“The secondary roles of NSUAS would include anti-piracy, anti-terrorist activities and assisting in Search and Rescue (SAR).”

The RFI includes an exhaustive list of technical requirements. The system must have endurance of at least 10h in a basic configuration, and be optimized for portability and stowage aboard a ship. It must also be easy to assemble, with the system requiring as few sailors as possible to operate.

The RFI also lists a range of operational considerations, such as the ability to operate from all Indian Navy vessels in day and night conditions. It also wants to learn whether operations can be carried out from austere locations, such as beaches.

The RFI also aims to glean information about the potential for UAVs to be produced locally in India.