The Brisbane-based arm of Boeing’s small UAV unit has had a strong run in the Asia-Pacific over the last few years. 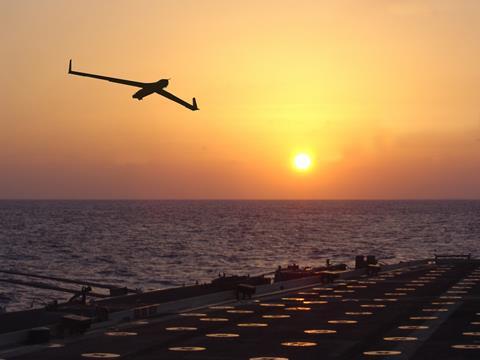 The Australian Department of Defence recently announced that it would obtain 24 Insitu Integrators to fill the army’s LAND 129 Phase three requirement.

“To be back supporting the army again is a real honour for us,” says Andrew Duggan, managing director of Insitu Pacific, observing that the company has done a considerable amount of work with the Australian military in the past.

“The army is going to keep this platform for an extended period. We’re very keen to make sure it stays relevant technologically.”

The company has also been delivering 34 ScanEagles to Malaysia, Indonesia, the Philippines and Vietnam under the auspices of the US government’s Maritime Security Initiative (MSI).

Speaking to FlightGlobal, Duggan says MSI deliveries have gone well, although there were the inevitable challenges presented by the coronavirus pandemic – the MSI initiative was announced in mid-2019, with deliveries to run to March 2022.

According to Duggan, ScanEagle is particularly well suited for regional maritime chokepoints. Given ScanEagle’s small size, the system is hard to hear or see, allowing it to operate quite close to the water. Generally, the UAV operates between 2,500-5,000ft, below the cloud layer.

ScanEagle does not carry a search radar, but instead relies on Vidar, which producer Sentient claims is the world’s first optical radar. A passive sensor, Vidar is capable of searching broad swathes of ocean to pick out boats and other objects in the water, such as people or buoys.

“The fact that you put [this] capability on something of that size and send it out there for twelve plus hours, really gives you the ability to sit and stare at a particular strait, or a particular island chain or reef, to get the maritime domain awareness that these countries really need to understand what’s going on in their exclusive economic zones,” says Duggan.

“Beyond that, they can then task other assets as appropriate.”

He adds that Integrator and ScanEagle can carry a broad range of payloads. ScanEagle’s long endurance, for example, makes it well suited to performing as a communications relay if equipped with a communications payload. Electronic warfare packages can also be carried. 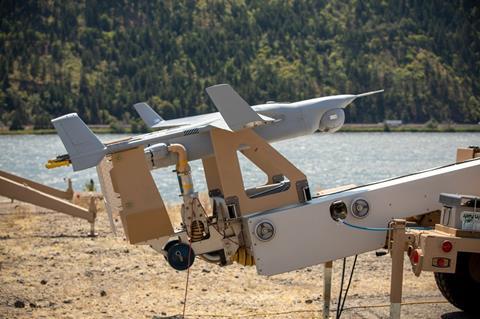 Insitu integrator on the launcher

Asked about the differences between Integrator and ScanEagle, Duggan says they should be thought of as part of an overall system, not as distinct aircraft types. In any case, half the system is formed by the Ground Control Station.

Duggan reckons that there are about 40-60 Insitu UAVs flying in the region, but stresses that it is more accurate to think of these as systems comprised of multiple assets, as opposed to distinct aircraft.

“You don’t have to fixate on the aircraft, and probably shouldn’t fixate on the airframe,” he says. “It’s more around what payload is necessary for the mission. You need multiple different aircraft out there doing different things. And what’s the effect you’re trying to generate?”

Additionally, he says the mindset around UAVs needs to change. For the time being UAVs are regarded as basically aircraft, only with the pilot on the ground as opposed to being in the cockpit. This will change when ground-based pilots become capable of operating several airborne assets at one time performing multiple tasks.

One challenge Duggan sees in Southeast Asia is airspace integration, noting that the region has extensive commercial air traffic. He believes the lack of integration creates artificial constraints on governments enjoying the full capability offered by UAV investments.

“You can sell the best UAV in the world, but if a customer can’t fly it because of an inability to get into airspace then it’s a waste of money.”

To help resolve this, Insitu is working on ways to integrate smaller UAVs into busy airspace. The ultimate goal is to make air traffic controllers feel the same level of comfort as when they deal with manned aircraft. In addition to transponders and other technology, UAVs will need a “sense and avoid” system as a final resort. 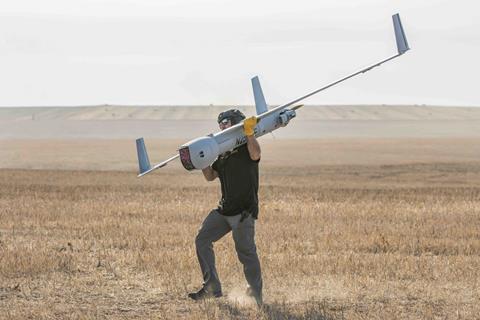 In the coming years Duggan expects some traction in resolving this issue, with “sandboxes” established for real life testing work. Still, it is likely to be a long journey, with industry and militaries in the region working closely with civilian regulators.

In regard to other innovations, Insitu is working on a vertical take-off and landing (VTOL) kit for Integrator – both Integrator and ScanEagle use a launcher to take-off, and are then recovered by a skyhook. The company aims to shed more light on the VTOL capability at May’s Indo Pacific defence show in Sydney.

While VTOL UAVs take up less space, Duggan believes that they come with definite penalties, not least endurance.

“The trade-off is that you’re lugging around three to four kilos of batteries and props that impact mission endurance,” says Duggan.

“For certain missions, where you’ve got the space and the capacity to do so, the launcher and the skyhook is the way to go. You get the maximum endurance out of the aircraft, and you’re able to load it up with sensors and fuel, as opposed to loading it up with batteries and props that you’re only going to use at the start and finish of the mission.”