According to Japan’s Ministry of Defense (JMOD), Chinese WZ-7s were intercepted on the first and second of January. 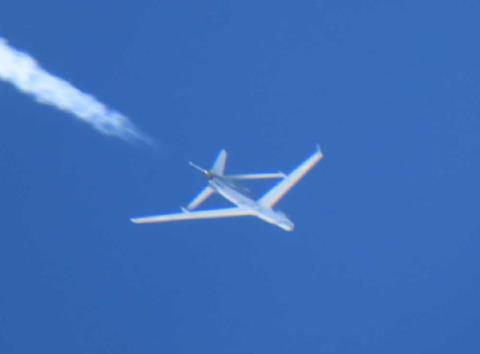 Both sorties involved nearly identical dogleg circuits, flying southeast from the China’s Zhejiang province and through airspace above the strategic Miyako Strait, which divides the Japanese islands of Okinawa to the north and Miyakojima to the south.

On both sorties, the WZ-7 then turned to the southeast, performed a loop southeast of the Japanese islands of Tarama and Ishigaki, and well to the east of Taiwan, before backtracking back to China.

At the time of the activity, the JMOD also recorded the presence of the aircraft carrier CNS Liaoning in the vicinity of Taiwan. Liaoning was accompanied by four surface combatants and an underway replenishment vessel.

While this appears to be the furthest known penetration of the WZ-7 into the Western Pacific, the type has been observed probing the air defences of Japan’s southern neighbour, Taiwan. 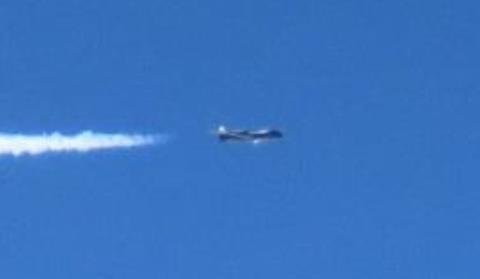 From 15 September to 25-26 December, WZ-7s undertook seven incursions into Taiwan’s ADIZ, according to Taiwan’s Ministry of National Defense.

The WZ-7 first appeared in the static display at Airshow China in September 2021. It is understood to be a high-altitude, long-endurance system with a similar role to the Northrop Grumman RQ-4 Global Hawk. The WZ-7 features a joined-wing design that is claimed to improve its lift and performance.

A key element of Chinese strategy is understood to be the use of ballistic and cruise missiles against enemy bases and ships. When attacking ships, Chinese forces will need to establish rapid, redundant kill chains. The WZ-7 and other sensor platforms such as satellites likely form key links in these kill chains. 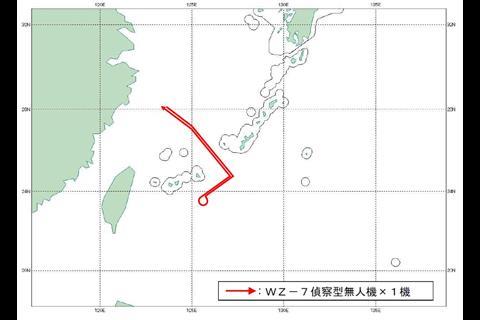 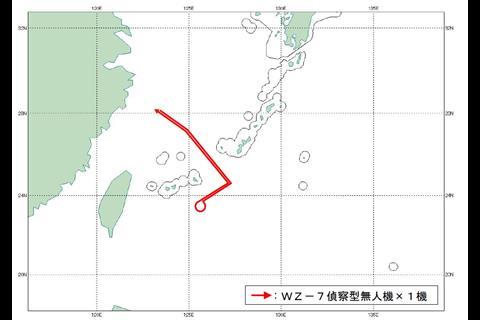 Separately, the People’s liberation Army (PLA) has taken issue with the Pentagon’s depiction of the 21 December 2022 incident involving a People’s Liberation Army Air Force Shenyang J-11, and a US Air Force Boeing RC-135.

On 29 December, the US Indo-Pacific Command said the J-11 had conducted a dangerous intercept. It showed footage of the J-11, armed with four air-to-air missiles, drifting closer to the nose of the RC-135, before abruptly pulling away. At the time, the USAF jet was conducting a routine patrol in international airspace over the South China Sea.

A PLA video shot from the opposite perspective shows the RC-135 loom somewhat closer, but then abruptly cuts off. While the PLA claims that its video shows the RC-135 to be in the wrong by making sudden movements, no such movement is apparent in the video.

“We sternly demand the US side to restrain the operations of its front-line air and naval troops, strictly abide by relevant international laws and agreements, and prevent any accidental event at sea and in the air,” says the PLA.

PLA pilots have a reputation for aggressive behaviour, and senior US officials have complained of unprofessional intercepts.