Korean Air is set to begin mass production of its Medium Altitude Unmanned Aerial Vehicle (MUAV), while its 500MD unmanned helicopter effort is on hold.

The company confirms that the development of the MUAV programme is nearly complete, and mass production is imminent. 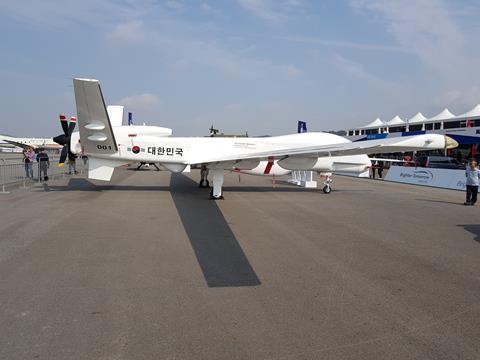 “We are looking into overseas partnerships and considering various options,” adds the company.

Citing customer sensitivity, however, it declines to detail the number of examples that will be produced, or when the type will enter service.

The company’s 500MD programme, which would see elderly MD Helicopters MD500s converted into armed unmanned rotorcraft, is “currently on hold as military requirements and funding are still pending”.

Discussions continue with the South Korean government on the programme. Until the 500MD programme is moving again, follow-on plans to create unmanned versions of older Sikorsky UH-60s and Northrop F-5s are also in limbo. 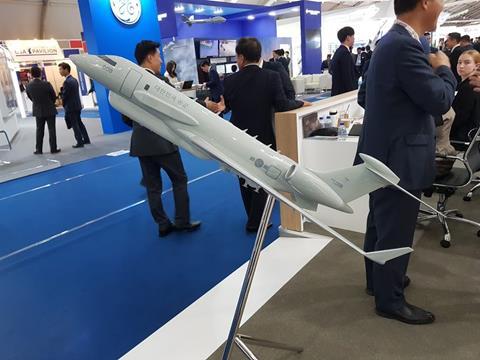 A model of the Korean Air/Raytheon ISTAR proposal

The pair, which signed an agreement at ADEX in 2019, will use a Bombardier Global 6500 business jet for their offer. Raytheon, acting as prime contractor, will provide “multiple intelligence” (Multi-INT) technologies. Korean Air will perform aircraft modification work should their eventual bid be successful.