If certified by the Switzerland-based World Air Sports Federation which governs aviation records, the flight would represent the longest ever by an aircraft weighing between 5-25kg (11-55lb). 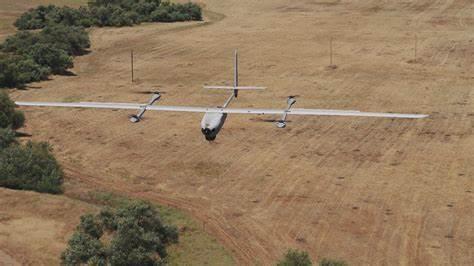 The Stalker is a fixed-wing, unmanned air system (UAS) that incorporates a vertical take-off and landing capability. It can be powered by either rechargeable batteries or a solid oxide fuel cell. The system is primarily a surveillance and reconnaissance platform, incorporating a modular imaging package that includes optical, thermal, and low-light options.

Lockheed’s website lists the Stalker VXE’s normal flight capacity as 8+ hours. A statement from the Maryland-based company says the extended flight time was achieved through the use of a wing-mounted external fuel tank.

The flight was overseen by Lockheed’s famous Skunk Works division, which designs and tests experimental aircraft for the company. Skunk Works is responsible for some of the most iconic aircraft of the 20th and 21st centuries, including the SR-71 Blackbird, F-117 Nighthawk, and F-22 fifth-generation air dominance fighter.