In a new report about the war in Ukraine, the Royal United Services Institute (RUSI) found that the lifespan of Ukrainian UAVs is “roughly seven days”, although this varies by system. 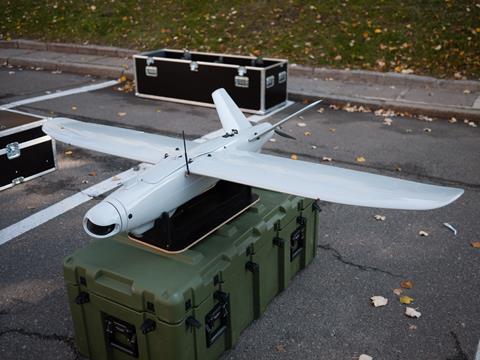 The Ukrainian Army has used the Leleka-100 UAV since 2015

“If Ukraine is to defeat Russian fires through a combination of range and precision, its armed forces need a kill chain that can identify and communicate the location of Russian targets,” says the report.

“This can either be delivered by UAVs, reconnaissance teams or electronic direction finding. All these methods, however, are hindered by Russia’s EW complexes which are integral to Russian concepts of operation. It is therefore necessary to assess how these are being employed in Ukraine, their limitations and where they present tactical challenges that must be overcome.”

Ukrainian UAV operators are often forced to choose between a live feed, which risks detection, or sending UAVs on pre-set flight plans, which imposes delays on disseminating actionable intelligence.

RUSI adds that the inability to rapidly create kill chains hinders Ukrainian employment of advanced Western systems that are being sent to the country.

It believes that the solution involves UAVs with seekers that can strike Russian EW assets.

“The best method of delivering this effect is a radar-homing seeker payload for explosive-laden UAVs. Ukraine has the industrial capacity to manufacture airframes at scale, and there is a significant advantage in allowing Ukraine to develop multiple wing-forms for this mission because it makes the detection, classification and destruction of the UAVs much harder for Russian forces.”

The key is deploying a “cheap and reliable” seeker at scale.

Russian forces can, of course, counter such UAVs by turning off their EW equipment and changing position, but this in itself would create opportunities for Ukrainian UAVs to set up timely kill chains to prosecute high value targets.

Says RUSI: “The development of a cheap seeker that can be provided to Ukraine at scale is therefore a critical capability that Ukraine’s partners should immediately prioritise. If Ukraine can counter Russian EW, it becomes possible to apply accurate fires to counteract the shaping by massed Russian artillery, and thereby bring about the favourable conditions for Ukrainian ground manoeuvre that are a pre-condition to the liberation of occupied Ukrainian territory.”