The UK is planning to achieve a seamless transition in its delivery of unmanned surveillance services from the General Atomics Aeronautical Systems Predator to the company’s more capable Protector RG1 by 2024, with flight testing of the new model now gathering pace.

General Atomics says a first delivery from a 16-aircraft order of Protectors for the UK Royal Air Force (RAF) will be made “in the early 2020s”. Wing Commander Judith Graham, the service’s programme manager for the Reaper and Protector, says its current assets are scheduled to leave operational use around 2024. 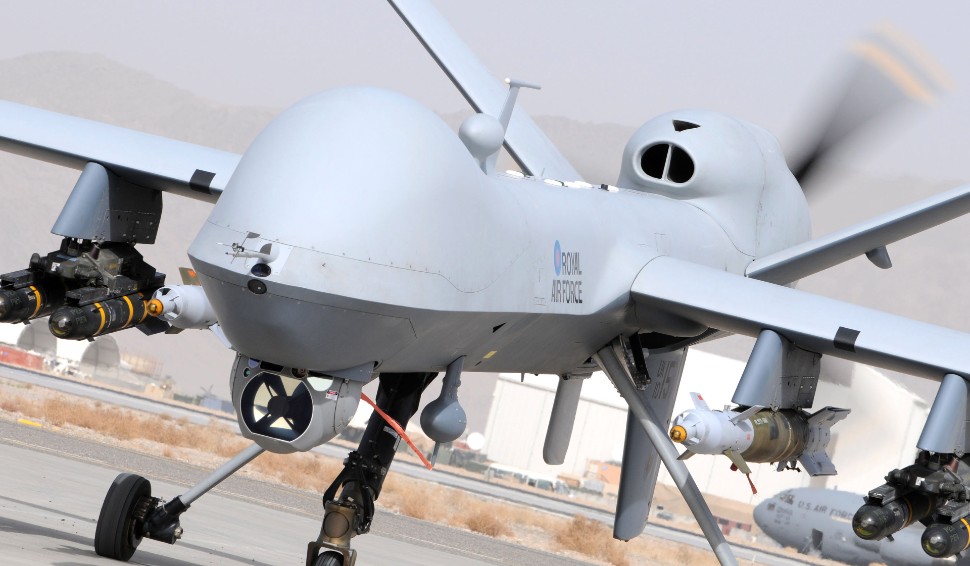 “Reaper is an extraordinarily valuable capability for the UK government – we don’t want a capability gap,” she notes.

A phased drawdown of the Reaper force will be managed as the replacement system comes online, with this process to include ending the UK’s long-term use of ground-control station (GCS) infrastructure for the current type at the US Air Force’s Creech AFB in Nevada. The UK has ordered seven GCS to support operations with the Protector fleet from RAF Waddington in Lincolnshire.

Graham says the new model will provide a “step-change in capability”, most notably resulting from the RAF’s “ability to certify it for use in UK airspace”. The service expects to secure approval from the UK Civil Aviation Authority to perform training flights from Waddington in the first half of 2024. 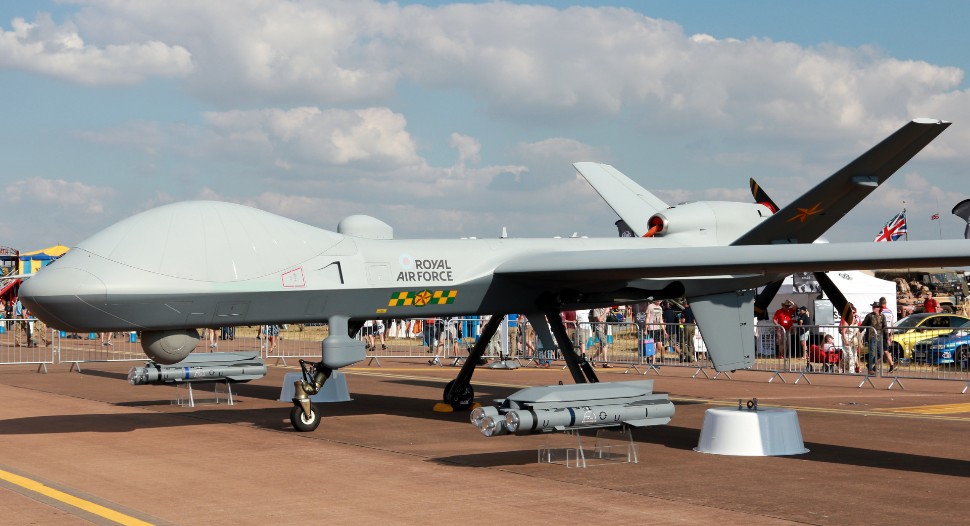 Two prototypes are already being used in the USA. “The first [production-] conforming aircraft is about ready to fly, and a fourth will be ready early in the first quarter of 2020,” Alexander said at the Royal International Air Tattoo (RIAT) on 20 July. The type’s development is being co-ordinated with a Protector combined test team, which already has UK personnel at the airframer’s facilities.

General Atomics displayed its new GCS for the Protector at RIAT. This has positions for a pilot, sensor operator and a mission intelligence co-ordinator and uses an adapted version of Collins Aerospace’s Pro Line Fusion avionics suite.

On service introduction, the Protector RG1 should be armed with MBDA’s Brimstone 3 air-to-surface missile and Raytheon UK Paveway IV precision-guided bomb, and carry a General Atomics Lynx synthetic aperture radar. Sense and avoid technology, including a forward-looking radar are also being installed to enable routine integration within civilian airspace. “Now it’s better than having someone in the cockpit,” Alexander notes.

The RAF is already looking at potential future updates to the Protector airframe, such as the integration of a maritime search radar, to enable the type to complement the UK’s future fleet of nine Boeing P-8A Poseidon MRA1 maritime patrol aircraft. Other currently unfunded enhancements could include adding new weapons, such as MBDA’s Spear 3 air-to-surface missile, and countermeasures equipment for self-protection.

Meanwhile, General Atomics and Cobham Aviation Services UK will work together to develop a through-life support solution for the Protector fleet. The airframer says it will work with Cobham – which has provided technical and maintenance support for Reaper GCS equipment installed at RAF Waddington since 2015 – in areas including “developing maintenance strategies that provide lower-cost sustainment”.