Selex ES has been selected to provide a radar warning receiver (RWR) upgrade to the Royal Air Force’s Airbus Helicopters SA330 Puma HC2 rotorcraft fleet, replacing the Sky Guardian 200 that is currently installed on the type.

The £19 million ($30 million) contract will see the SG200-D – a UK Ministry of Defence-specific variant of the company’s Seer RWR – provided for the 24-strong Puma fleet. This will replace the legacy system that the company had previously provided for the aircraft.

Selex declines to detail the distinguishing elements of the UK-specific RWR, its delivery schedule or the number of systems ordered.

However, Kyle Alexander, campaign manager for electronic warfare at the company, says that in addition to full equipment sets, spares and training, the contract includes the delivery of so-called “A-kits”. These consist of antenna and cockpit control equipment that are integrated on the whole fleet, while the rest of the system is then rolled on and off the aircraft to speed up the time from training to operation.

The MoD’s RWR acquisition also covers the upgrade of the Sky Guardian on the RAF’s Boeing CH-47 Chinook fleet. That contract has yet to be signed, but Alexander is “optimistic” that this will follow soon. 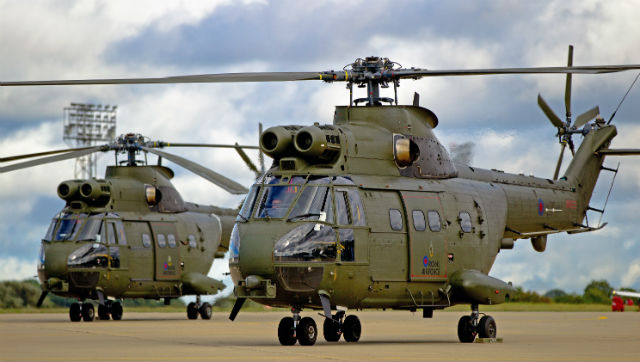 In 2014 Selex provided Seer for demonstration on board the Czech air force’s Aero Vodochody L-159 advanced light combat aircraft, to show that the upgraded system could fit into the same form factor as the aircraft’s legacy Sky Guardian.

Under this NATO tactical leadership programme initiative, Seer replaced Sky Guardian in under 3h and showed the capability of the self-protection system.

Alexander notes that such demonstrations serve to open up new and existing markets for Selex’s RWR systems, which he says are of particular interest as areas of warfare become more complex with the increase of electronic threats.

The Seer RWR is E-J band, but can be configured with extensions to operate in the C-D and K bands.

Wideband digital director heads digitise received radio-frequency emissions, sending the data to a signal processing unit, where it is classified in accordance with a mission data set. It is then communicated to the operator.

Seer can be integrated on fixed and rotary-wing manned aircraft and unmanned air vehicles. Alexander notes that the latter’s move to operations in more contested airspace will drive the demand for integration of RWR technology.

Flightglobal’s Fleets Analyzer database shows that 22 of the RAF’s 24 Pumas are in service, with one more based with Qinetiq at the MoD's Boscombe Down site in Wiltshire. One is recorded as being parked at RAF Benson in Oxfordshire.