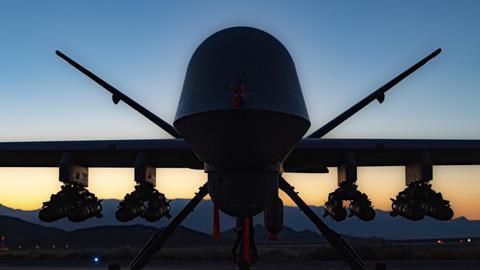 The flight with eight Hellfires took place on 10 September, according to the US Air Force’s (USAF’s) 556th Test and Evaluation Squadron. 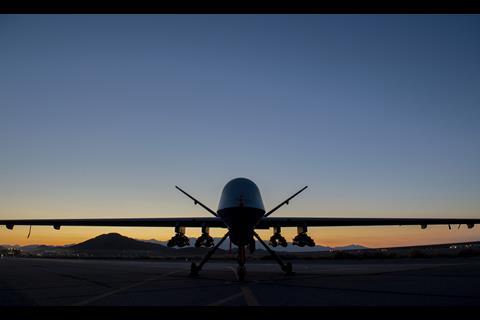 With more Hellfires, the MQ-9A can provide additional combat persistance 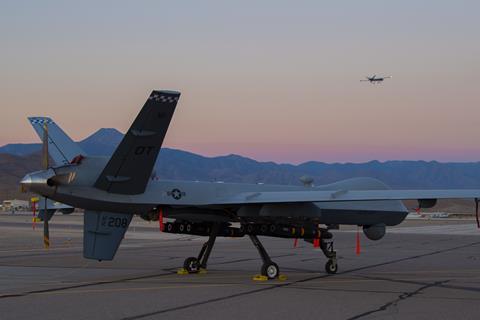 The MQ-9A with eight Hellfires 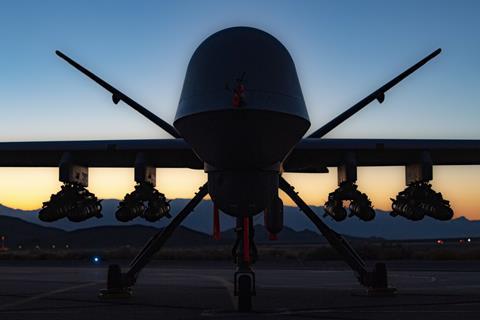 The work is part of the UAV’s Flight Program 2049 software upgrade, which will be fielded by the end of 2020. The MQ-9A has two pylons on each wing, but was previously limited to a pair of Hellfires on each inboard station.

The update allows a pair of Hellfires to be loaded aboard each of the UAV’s outboard weapons stations, which are normally reserved for fuel or 227kg (500lb) precision-guided bombs.

“The hardware/launcher is the same that we use on the outboard stations,” says USAF Master Sergeant Melvin French, test system configuration manager.

“Aside from the extra hardware required to be on-hand, no other changes are required to support this new capability and added lethality. The Reaper retains its flexibility to fly 500lb bombs on any of these stations, instead of the AGM‑114s, when mission requirements dictate.”

The requirement for additional Hellfires originated in the MQ-9 update process conducted by the Air Force Special Operations Command and Air Combat Command.

The USAF sees the upgrade as allowing the MQ-9 to provide additional support for isolated troops.

“Doubling the firepower of this high-endurance aircraft with Hellfires improves the lethality and agility of the MQ-9 over many combat roles, with an arsenal of highly versatile, accurate, and collateral-friendly weapons for all combatant commanders.”