While its years-long search for a future fighter continues, the United Arab Emirates has revealed a plan to modernise its in-service fleet of French-supplied combat aircraft.

During the Dubai air show on 14 November, Dassault confirmed that the UAE's armed forces "have announced their intention to sign a contract for the upgrade of their Mirage 2000-9 fleet."

The company declines to provide further information, but says it "welcomes this decision, and is grateful to the UAE authorities for their trust". It also points to the single-engined fighter's "high-quality participation in international coalition operations". 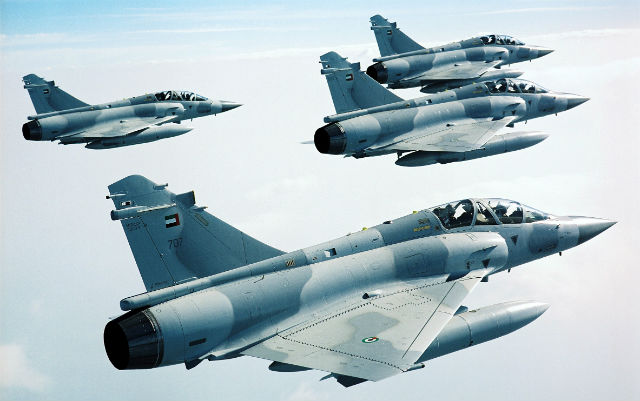 “The Mirage 2000-9 has proven through time it is one of the best aircraft there is in the operational field," the UAE defence ministry tells FlightGlobal. "The upgrade is to fulfill mission needs and requirements, which have changed based on what is going on in the [Middle East] area. It requires new technologies to be able to operate the aircraft.”

Flight Fleets Analyzer shows the UAE air force has an active fleet of 55 Mirage 2000-9s, including 14 trainers, plus 10 earlier-generation Mirage 2000s. The assets are aged between 13 and 28 years.