The air transport crisis has helped engine makers Pratt & Whitney and Rolls-Royce to catch up with modifications to resolve in-service issues with their respective PW1000G and Trent 1000 programmes.

P&W’s head of aftermarket marketing and new engine business, Gijs Gielen, said during a 29 October engine OEM panel discussion held as part of the virtual MRO TransAtlantic conference that the US manufacturer and its partners would have implemented “key technical improvements” on more than 95% of the in-service PW1000G fleet by year-end. 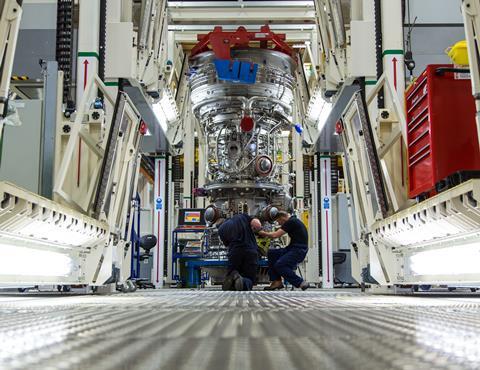 Gielen acknowledges that “we could not have done that” without the sharp decline in airline activity and a reduction in regular overhaul shop visits amid the pandemic. “It’s a difficult time, but we are trying to make the best of it,” he says.

The PW1100G – an option on the Airbus A320neo-family – entered service in 2016 as the first model of P&W’s geared turbofan programme. Several issues have since emerged on that and other PW1000G models, which P&W has sought to resolve through a modification programme over recent years.

Rolls-Royce launched a modification programme to address several issues – mainly centred on premature blade deterioration – on the Trent 1000, an option on the Boeing 787. The problems had caused a wave of engine removals and aircraft groundings owing to lack of spare engines, bringing Rolls-Royce under severe pressure prior to crisis.

Scott Holland, vice-president for marketing in Europe, confirms that the air traffic slowdown enabled the UK manufacturer to catch up with the modification effort and maintain engine input in its overhaul network while the number of regular shop visits declined.

Meantime, however, “all” Trent 1000s covered by the modification programme have been returned to their operators, and overhaul facilities are “now seeing the impact” of reduced shop visit demand, he says.

“One thing we learned from our Trent 1000 experience” is that Rolls-Royce developed new inspection techniques, “near-wing” maintenance and repair activities, and more targeted workscoping to address specific issues, adds Holland. The manufacturer intends to apply “that learning that we almost had to develop out of adversity on Trent 1000” to other engine types and the aftermarket support network.

Another, more recent learning is that Rolls-Royce’s market intelligence “has come on in leaps and bounds”, especially in the last few months, as the manufacturer and its customers navigated the crisis.

“We have developed a much better use of data to understand… what is going on out there, in what is a really dynamic market, in order to inform our business and understand how we react and then can go forward,” Holland says.

Pratt & Whitney, for its part, has used the slowdown to address bottlenecks in its production supply chain and aftermarket network. “There was a lot of growth in our industry, particularly on the MRO side where we have been doubling GTF [activity] year over year for the last four years,” says Gielen.

The crisis has provided a “silver lining [and] given us a little bit breathing room”, he notes, though he adds: “We have not stopped investing… on the OEM side and on the MRO side.”

Citing a recently disclosed plan for a new US turbine aerofoil production facility in North Carolina and a co-operation with Chinese MRO provider Ameco to overhaul PW1100G engines, he observes that the crisis “does allow us a bit of time to prepare better for the future, because the popularity, particularly in single-aisle aircraft, has been tremendous and it has been great. But it has also brought its own challenges.”