While the Lufthansa Technik of the past believed it could go its own way in the business, its present-day strategy shows a markedly different school of thought.

LHT senior vice president for corporate sales in the Asia-Pacific region Gerald Steinhoff says that these days, the MRO provider is all for partnerships and “synergy”.

The company had just signed a partnership with British components giant Meggitt to provide MRO component services at the former’s Shenzhen facility.

It is LHT’s first partnership with an OEM in China. Speaking to FlightGlobal, Steinhoff says: “Meggitt had an interest to find the best repair option in China, and we were interested in going into a partnership with Meggitt, and having the option to repair these parts in Shenzhen. There was a joint interest, and we went into the partnership.”

Burkhard Pfefferle-Tolkiehn, LHT vice president component services in Asia-Pacific, adds: “What we can offer to Meggitt is that we have access to the China market…so we can be their exclusive partner … for China.

“For us it is the growth potential, [so] this kind of combination with an OEM is pretty perfect for us. We can put our operational engineering experience, and they can put in engineering and design experience, so it is a win-win situation for both,” Pfefferle-Tolkiehn tells FlightGlobal.

The Meggitt partnership, the latest in a litany of collaborations LHT has with various partners, depicts a markedly different scenario from the not-so-distant past, when LHT believed it “knows best” and would go its own way in the industry, Steinhoff says. 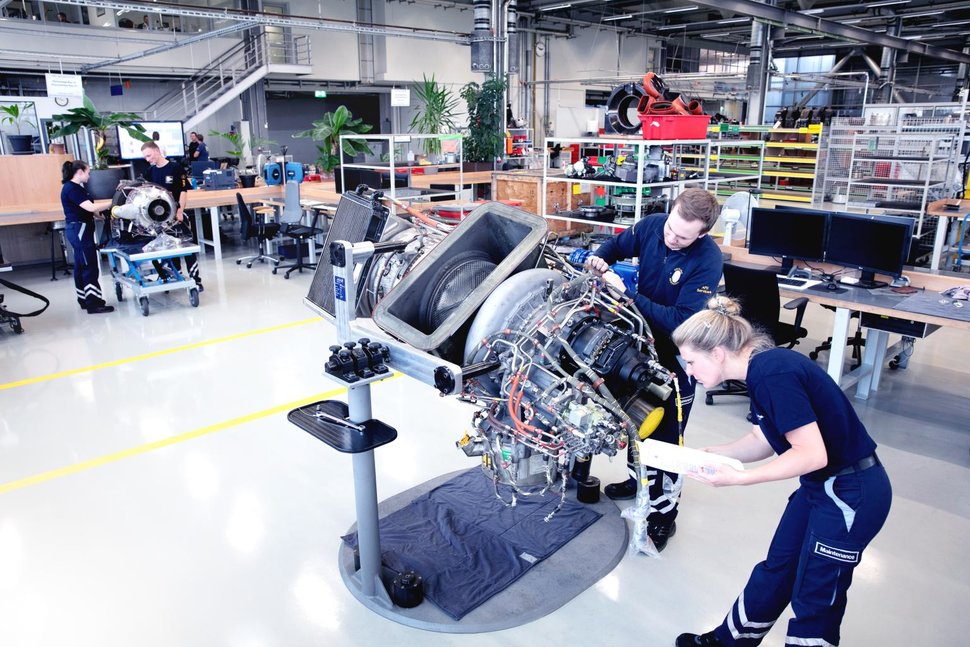 Now, LHT’s strategy is still very much to remain an independent company, Steinhoff stresses. However, given the complications and challenges in developments, like in technology for example, it makes better sense to “bundle your resources”.

“In case we find someone who is best in industry for a certain product, we are very open to discuss, because we want to remain Number One in the industry,” says Steinhoff.

One example of a long-standing partnership is that with Chinese MRO giant Ameco, which can be traced back to 1989, when Ameco first started as a joint venture between Air China and LHT parent Lufthansa.

Likening it to a “marriage”, Steinhoff says the relationship has been nothing short of “trustworthy”, even as it enters “different phases”.

“In the past, we were talking about different ways of working together than we were today. Today, it is very much how can we help ourselves, how do we gain joint efficiencies. Can we support [Ameco] with knowledge, can they support with some volume for us that they cannot repair?” Steinhoff tells FlightGlobal.

Yet, in spite of Steinhoff’s belief that collaboration is the way forward, he worries that such efforts could be upended by what he viewed as exclusionist mindsets.

With the influx of technology into the aircraft maintenance supply chain, Steinhoff tells FlightGlobal one issue that will inevitably crop up is that of data ownership.

While he and his colleagues at LHT believe that data should belong to the airline, he notes that other parties might think otherwise.

“We definitely don’t need any isolation of data, we don’t need interest of excluding anyone out of the market, unless it is really for competitive reasons,” Steinhoff says.

He believes that this is especially so in component MRO. Pfefferle-Tolkiehn of LHT’s component services adds: “One of our principal challenges is that aircraft OEMs are challenging the aftermarket services.”

Like Steinhoff, Pfefferle-Tokiehn says it is “unfair competition” that some parties are looking to restrict access to data.

“If the OEMs want to join the market, competition is highly welcome. But it is not competition…because they are not giving access to their data…they are restricting data, so for me it is unfair competition,” he adds.