The chief executives of the UK and US airlines that offer passenger services between the two countries have joined forces to call for the reopening of transatlantic air travel.

Arguing during a press conference today that the move would be “essential to igniting economic recovery”, they called for a “data-driven and risk-based approach to reopening borders to travel”. 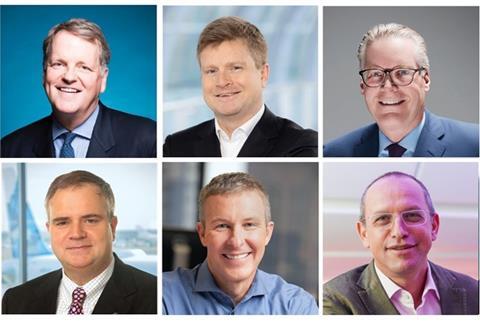 Their pleas to restart the UK-USA travel corridor – a lucrative one for many airlines before the pandemic – came ahead of the G7 meeting in the UK, which begins on 11 June and will see the leaders of the respective countries meet in person.

“We are asking prime minister [Boris] Johnson and president [Joe] Biden to lead the way and open up the skies, and we’re asking them to do so at the summit,” says Virgin Atlantic chief executive Shai Weiss. “The numbers and the data support it… this is not a choice between health and travel.”

For transatlantic routes to meaningfully reopen, the UK would need to add the USA to its ‘green list’ of countries from which arrivals are not required to quarantine, while the latter would need to lift its ban on UK arrivals via the 212(f) presidential order.

Of that process, Delta Air Lines chief executive Ed Bastian states: “We are spending an enormous amount of time with our administration here in the US [discussing the repeal of 212(f) orders]…. This should be the prime example of restrictions being lifted… creating a US-UK travel corridor.

The chief executives cite “world-leading” vaccination programmes in both the UK and US, which they believe should enable the resumption of flights.

They further highlight the economic importance of travel between the two countries, while JetBlue Airways chief executive Robin Hayes adds of the current restrictions that “the human cost is devastating”, with families and friends unable to meet for more than a year.

Regarding the conditions under which the UK-USA corridor might reopen, American Airlines chief executive Doug Parker says that carriers are open to a range of documentation requirements, including “starting this up with [proof of] vaccination on both sides”.

Parker explains that this would represent a shift in the focus of travel restrictions from the Covid status of a country to the health status of individual travellers.

Other speakers at the press briefing included Sean Doyle of British Airways, Scott Kirby of United Airlines, and John Holland-Kaye, the chief executive of Heathrow airport.

While the UK and the USA do indeed have relatively advanced Covid-19 vaccination programmes, the former in particular is currently assessing the impact on hospitalisations and deaths of the increasingly dominant Delta variant of the disease. Amid that uncertainty, the UK cut Portugal from its already short ‘green list’ of destinations on 3 June, prompting dismay in the country’s airline industry.