The European Commission has proposed a return to the pre-Covid 80:20 ‘use it or lose it’ airport slot rule in the coming winter season, but with exceptions in the case of significant air-travel disruption.

The 12 July announcement cites a “rapid ascent in demand” this year as justification for returning to the 80:20 rule in October, but also acknowledges that “recent experience has shown that the current slot rules are not sufficiently resilient to large-scale disruptions”. 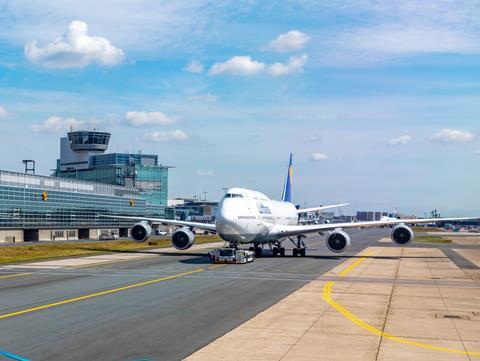 Alongside the return to the pre-pandemic useage ratio, therefore, the Commission has proposed that the ‘justified non-use of slots’ (JNUS) tool created during the pandemic will continue to be enforced.

“Airlines would be able to use these exceptions in situations such as epidemiological emergencies, natural disasters, or widespread political unrest with a disruptive effect on air travel,” the Commission states.

“In addition, and only as a last resort, the Commission would be empowered to lower the use rate if air traffic levels fall below 80%, compared with 2019 figures, for four consecutive weeks due to Covid-19, another epidemiological situation, or as a direct result of Russia’s military aggression against Ukraine.”

The relief provisions would apply from 30 October 2022 until 26 March 2024, “when air traffic is estimated to have reached full recovery”, it adds.

The Commision’s proposal will now be “urgently discussed” by the European Parliament and the Council.

European network manager Eurocontrol’s most recent forecast for flight numbers – released in April – showed activity reaching 90% of pre-crisis levels by October this year and 92% by year-end, under its base-case scenario.