Revamped UK regional carrier Flybe will begin ticket sales in a week’s time as it moves closer to launch, a little over two years after its previous incarnation ceased operations.

Efforts have been under way to relaunch Flybe since Thyme Opco, an affiliate of former Flybe investor Cyrus Capital, acquired the business and its remaining assets in April last year. 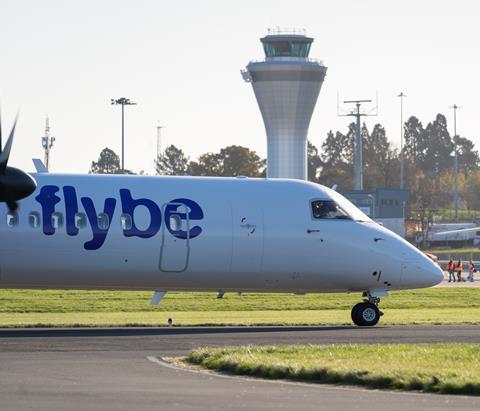 Flybe has already detailed plans to operate from Birmingham, where it has its headquarters, and today confirmed Belfast City airport as its second base.

Flybe had significant operations at both airports prior to its collapse in March 2020: Cirium schedules data shows the airline was operating to a dozen points in the UK from Belfast City in the run-up to that period.

The carrier, which has not yet disclosed a launch date – beyond saying it will be in the spring – or route details, will begin ticket sales on 22 March.

Flybe chief executive Dave Pflieger says: ”Next week is going to be an exciting time for customers and communities that have been waiting to hear from us about low fares, new routes, and new destinations – all of which are being timed to coincide with the restart of the economy and a return to normalcy after two difficult years for all.”

Flybe took delivery of its first De Havilland Canada Dash 8-400 twin-turboprop in November. It ultimately plans to operate a fleet of 32 of the type.