IATA urges governments not to wait for vaccine to open markets

IATA is urging governments to press ahead with adopting systematic testing as a means to reopen borders to air travel even with the recent positive news regarding potential coronavirus vaccines.

More positive news emerged today around the potential efficiency of vaccines being worked on – this time from the AstraZeneca-Oxford University trials.

IATA has since September been promoting the use of systematic testing as a means to safely replace quarantines implemented by many countries – which the airline association argues are akin to shutting markets completely. 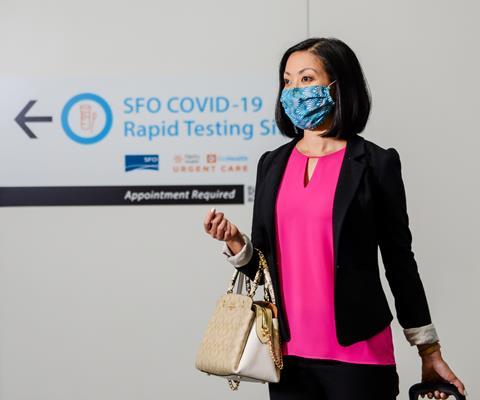 Speaking during a media briefing today, ahead of IATA’s AGM on 24 November, the airline body’s head of policy analysis James Wiltshire said: ”It’s really important governments don’t wait for vaccines and don’t take their foot off the pedal. We know there are governments thinking about doing testing regimes to replace quarantines and we do encourage them to do those plans.

”We don’t think governments can wait for there to be vaccine before they think about reopening borders. Our expectation is there is going to be a pretty strict prioritisation of who gets the vaccine,” he says, noting this will likely focus on health workers and the vulnerable.

“So it’s going to be some considerable time before there is widely available access to the rest of the population such that a traveller could easily get themselves vaccinated if they need to make a trip.”

Given that likely wait, Wiltshire argues the trigger to rebuilding air travel demand in the near term is the lifting of border restrictions. ”We have seen lots of evidence that where the quarantines have been removed, there are large spikes in booking behaviour,” he notes.

IATA is promoting the use of rapid testing technology – particularly pre-airport or at the airport – as a means of reducing the risk of importing the virus sufficiently to persuade countries they can safely drop quarantine measures.

”We are seeing some signs of countries heading in that direction,” says Wiltshire.

”What we are calling for is a more nuanced approach to risk that reflects that you can do an awful lot to reduce the risk of importing the cases, such that arriving passengers are less likely to be infected with Covid than people in a community setting.”

IATA points to examples of the testing initiatives and pilot projects already undertaken.

For example, a trial of incoming passengers at Toronto Pearson airport covering some 20,000 passengers – who volunteered for a PCR test on arrival and took subsequent home tests seven and 14 days later – showed 99% of those tested were negative. Of the positive tests, 70% were picked up on first day of travel and around 30% on day seven.

”So Canada with its 14-day quarantine actually picked up less than 1% of the positive cases at the day-14 test,” Wiltshire says. “So quantitatively you could massively reduce the risk even with a seven-day quarantine.”

He adds: ”Risk is relative and the WHO is very clear that there isn’t a zero-way out of Covid at least in the near-term. So the choice for governments is in balancing risk against the benefits of opening borders and against the risks within countries.

”If we can reduce through the testing the residual risk of an arriving passenger being infected, then there is a strong case to argue those travellers should be subject to no greater restrictions than those that are applied on the residents of the country within the domestic economy.”