JetBlue Airways plans to launch transatlantic services in the second half of 2021 amid what it expects to be a resurgence in demand for air travel, according to the airline’s chief executive Robin Hayes.

“We actually think that launching flights to London next summer, probably in Q3, is the perfect time to introduce all of my friends in the UK and in Europe to what I consider the very positive effect of flying JetBlue,” Hayes says during the World Travel Market conference today.

Many travellers “just want to wait a little bit longer to feel comfortable about flying”, Hayes observes, adding that he expects the 2021 summer season to be characterised by “tremendous pent-up demand for travel”.

JetBlue’s planning assumption is that “all of our leisure travel will be largely recovered by the end of 2021”, he says. 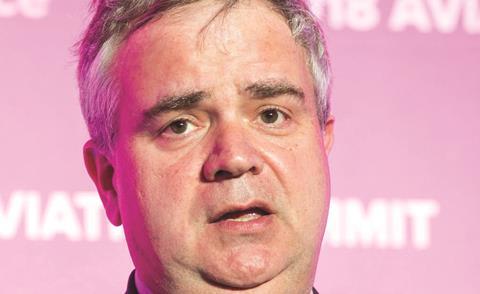 The carrier announced in early 2019 that it planned to launch transatlantic flights some time in 2021, with services to London from New York John F Kennedy and Boston, but noted in May this year that there would be a “timing impact” from the coronavirus crisis.

The arrival of an established low-cost operator on transatlantic routes is viewed as a potentially disruptive event in a market that has been largely dominated by legacy network carriers.

Hayes declines to confirm which London airport JetBlue plans serve when it launches services, or which other European destinations it might seek to fly to, but states that the 13 Airbus A321LR and 13 A321XLR jets the airline has on order are “really designed around our plans for our European footprint over time”.

Those new aircraft – the first A321LR is due for delivery early next year – will feature an updated version of JetBlue’s Mint premium product.

“A few years down the line, I see a world where we have a number of all-year-round markets to Europe… and there will be a number of seasonal markets, and then in the winter we’ll point the airplanes at things that we do today, like the Caribbean,” Hayes states.

Operating narrowbodies on transatlantic routes means the investment required “is much lower” than would be required for widebody operations, he notes.

Ultimately, if the transatlantic venture does not work, “what we’ll do is we’ll take the fuel tank out of the airplanes and we’ll fly them somewhere else”, he states, adding that the “downside risk for us is close to zero”.