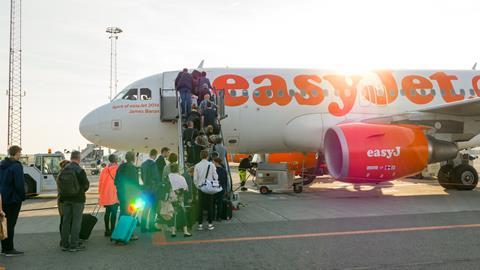 It is raising concerns that – despite a modest recovery in the market this summer – the sector will face huge financial uncertainties as it enters the winter season.

That is the belief of three airline chiefs who spoke on a 22 July FlightGlobal webinar about post-pandemic network strategy.

With “not much visibility beyond summer”, she says confirming a winter schedule will be “difficult”.

Martin Gauss, chief executive of Air Baltic, claims “network planning has become our most important department” as timescales shorten on introducing or withdrawing services. “We have gone from not knowing we will do a route to flying there in five days,” he says.

He too is concerned about prospects for the off-season. “The big challenge is this winter,” he says. “We don’t like the look of what we see. We are really going to have to batten down the hatches.”

Airlines becoming quicker on their feet when deciding where to fly could become a permanent trend, the panelists suggest.

EasyJet added 57 new routes this summer, once travel restrictions began to relax. “Normally we would not do this so late in the season,” says Dekkers. “But if one thing comes out of this it’s that we’ve had to become nimbler. In the long-term, we need to ask ourselves how we keep that rather than having everything planned 18 months in advance.”

Gauss predicts that every airline will “have to be very fast in the future” when it comes to network decisions. “It will not be at all what it used to be,” he says.

However, Dekkers cautions against making too many route decisions on the hoof. “One of our core principles has been to only fly routes that are cash positive. The key is not to lose track of your core philosophy,” she says. “If we got distracted by niche opportunities, we would lose the fundamentals of what has made us a successful airline.”

She says that EasyJet’s route profile has changed significantly since it began reintroducing flights in summer 2020, with more domestic and “beach” destinations and fewer city-to-city pairs, down from almost half of EasyJet’s routes in 2019 to just 30%. “Short breaks are off the table at the moment, because of the amount of testing involved,” she says. “People will only tolerate that if they are flying for one to two weeks.” She believes this pattern will continue into next summer.

For Hinkles, a major change has been the drop in business travel, something he also sees as a longer-term trend. “We don’t see business coming back full-pelt,” he says. “There has been a shift in the work-life balance and I can’t see people going back to the days of packing your bags on a Sunday night and travelling around the country till Friday. There are going to be more, shorter business trips, and a balance of Teams calls.”

Gauss, however, is less sure about the change in work and travel habits outliving the pandemic. “As we’ve seen in the US, if restrictions are lifted, people will return,” he says. “Although some business will be done online, there will still be a requirement for entrepreneurs to meet.”

Dekkers too thinks business travel will remain resilient, especially for short-haul, where “there is less of a time compromise” than on long haul. While the perception of business travel can often be executives in suits going to meetings, much of the segment involves commuting construction employees and other essential workers who cannot do their jobs virtually, she adds.

Watch a recording of the webinar at www.flightglobal.com/webinars