Lufthansa Group is to cut its short and medium-haul operations by up to 25% in the coming weeks as it moves to counteract the air travel impact of the coronavirus.

The group has also pushed into April the suspension of its flights to China and Iran. It says this takes number of long-haul aircraft across the group currently not in operation from 13 to up to 23. 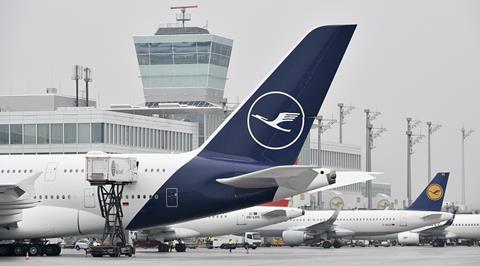 The majority of short-haul network cuts are on its Italian routes, following spike in cases reported in northern Italy.

Austrian is cutting its flight programme to Italy by 40% over the net two months, while Brussels Airlines will reduce flights across four Italian routes by 30% over the next two weeks.

Swiss “will probably” reduce flight frequencies to and from Florence, Milan, Rome and Venice until the end of April. The Group’s budget unit Eurowings is cutting frequencies on its flights to Venice, Bologna and Milan over the next week, but its other Italian services are unchanged.

Lufthansa, Swiss and Austrian will extend their suspension of flights to mainland China until 24 April and to Tehran through until 30 April. It is also reducing frequencies to Hong Kong and the Korean capital Seoul - including suspending its Munich service to Hong Kong from 6 March until 24 April.

Lufthansa Group has also announced further cost reductions in the personnel area as well as for material costs and project budgets. It on 29 February said it is examining the possibility of reduced working hours in various areas.

The group has not given any estimate on the potential impact on earnings from the cuts, but more details could come when it announces it full-year results on 19 March.