Qantas and low-cost unit Jetstar plan to operate “thousands of flights” following the decision by the New South Wales state to open its borders from 23 November.

The border opening to Victoria state will see the two carriers operate over 250 flights across five routes, to Victoria’s capital Melbourne and regional destinations in the state, says Qantas. 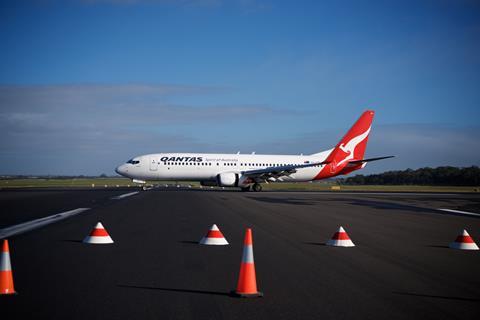 An unspecified number of aircraft will be ungrounded, and more employees brought back to work.

“Pre-Covid, Melbourne-Sydney was the busiest air route in Australia and the second busiest in the world,” says Andrew David, chief executive of Qantas Domestic & International.

“On a busy day, Qantas and Jetstar would operate more than 100 flights per day between New South Wales and Victoria. During the lockdown, our schedule reduced to as low as one flight a day.”

He lauded the governments of Victoria and New South Wales for what he calls their “sensible, risk-based approach to borders.”

On the other hand, he was critical of Queensland and Western Australia, states whose borders remain closed.

“Queensland and Western Australia are unfortunately taking a different approach, which doesn’t seem based on a realistic assessment of risk.”

The border between New South Wales and Victoria was closed on 8 July following a sudden jump in infections in the Australia state. Subsequently, a lockdown in the state has sharply reduced coronavirus numbers.