Scoot will commence one-stop flights between Singapore and London Gatwick in December, with a new service via Bangkok Suvarnabhumi.

The low-cost unit of Singapore Airlines will operate the service thrice-weekly from 16 December until the end of the month, with its fleet of Boeing 787s. 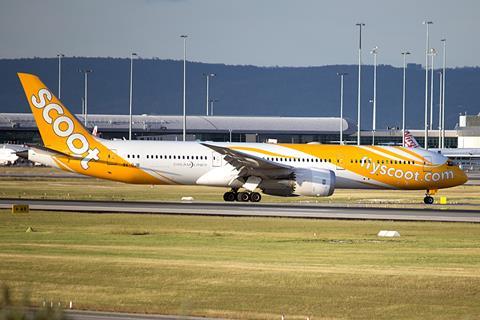 It will then resume operating the route on a seasonal basis from 22 March 2022, first with twice-weekly flights, before ramping up to three flights a week from 27 March 2022.

Scoot adds that there could be a “potential increase in frequency”, subject to travel demand and regulatory approval. Apart from London Gatwick, Scoot’s current European network include Athens and Berlin.

Norwegian had launched flights in late-September 2017, but exited less than two years later, in January 2019. The low-cost carrier operated non-stop flights between both airports with 787-9s.

Scoot’s entry into the route comes as Singapore eases border restrictions to fully-vaccinated travellers from the UK. However, the city-state has yet to launch a quarantine-free Vaccinated Travel Lane arrangement with Thailand.

Thailand, meanwhile, has opened its borders for quarantine-free travel to and from the UK.