United Airlines has stepped back plans to cut 95% of capacity and leave just a skeleton network in place through the coronavirus crisis, now reinstating some daily international routes to Europe, Asia and Australia, while running a few additional flights between now and the end of March to repatriate displaced travelers.

In a statement on 21 March, the Chicago-based carrier says it will operate daily flights from Newark to Frankfurt, London and Tel Aviv, from Houston to Sao Paolo, and from San Francisco to Sydney and Tokyo, through the May schedule. 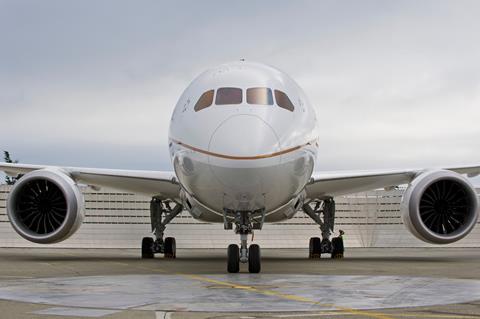 In addition, it will send a daily flight each from Newark to Amsterdam, Munich, Brussels and Sao Paolo, from Washington-Dulles to London, and from San Francisco to Frankfurt and Seoul between now and the end of March. Those flights are currently scheduled to end by 29 March.

”In destinations where government actions have barred us from flying, we are actively looking for ways to bring customers who have been impacted by travel restrictions back to the United States. This includes working with the US State Department and the local governments to gain permission to operate service,” the airline says.

The move is a reversal from an announcement just a day earlier that it would draw down its international service, leaving just a few essential routes to Mexico and to Guam, as well as Pacific-island-hopper service, in place as long as needed during the crisis.

The airline’s chief executive Oscar Munoz was one of ten airline CEOs to sign a letter to Congress on Saturday which promised no furloughs between now and the end of August if the government quickly passed a financial aid measure including $58 billion in grants, loans and tax relief for US airlines.

Congress is currently negotiating a deal that is expected to be finalised and announced later this week.