AgustaWestland has won a contract worth more than $160 million to conduct a mid-life upgrade on eight Lynx 21A ship-based helicopters operated by the Brazilian navy. 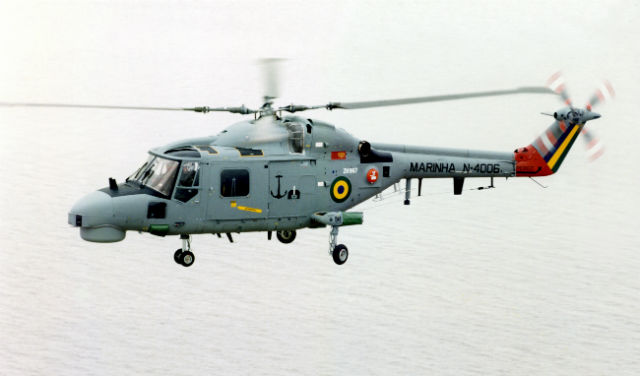 To be performed at the company's Yeovil site in the UK between mid-2015 and early 2019, the work will include replacing the aircraft’s current Rolls-Royce Gem engines with more powerful LHTEC CTS800-4Ns. These are used by AgustaWestland’s new-generation AW159 Wildcat, and have also previously been integrated with legacy Lynx AH9s for the British Army for use in Afghanistan.

Other project activities will include the installation of new avionics, night vision goggle-compatible cockpit displays and satellite-based navigation equipment, plus countermeasure dispensers and an electrically-powered rescue hoist, AgustaWestland says. The deal will also include the provision of support activities, plus the delivery of a flight training device.

Flightglobal’s Ascend Fleets database records the Brazilian navy as having five Lynx 21 helicopters delivered in 1978, and seven Mk 21As, which were introduced between 1996 and 1997. The first upgraded aircraft will be delivered “in the Autumn of 2017”, AgustaWestland says.