A more modern variant of the Ilyushin Il-76 military transport has carried out its first test flight from Zhukovsky in Russia, according to the manufacturer.

This variant of the four-engined transport includes modifications to the flight, navigation, radio communication and lighting systems, and has replaced obsolescent parts to keep the aircraft viable for 40 years, United Aircraft Corporation says.

The modernisation project was conducted by the company “in accordance with the tactical and technical requirements issued by the military space forces of the Russian Federation”, it says.

Performed under the command of Ilyushin chief pilot Nikolai Kuimova, the debut flight is said to have gone “normally”.

Early this month the company will celebrate 35 years since the Il-76MD carried out its maiden flight, 10 years after the baseline Il-76M was flown for the first time. 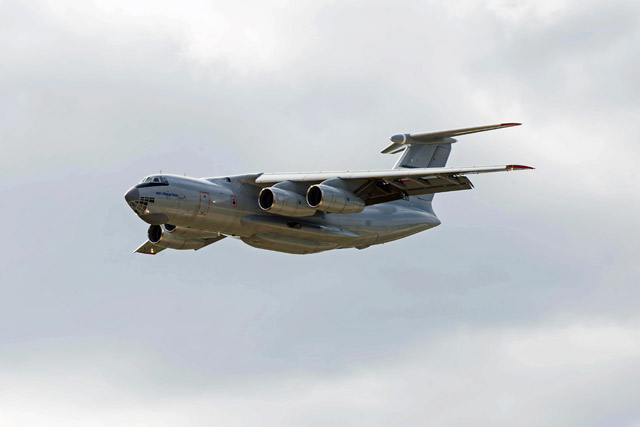 A new version of the tanker variant – the Il-78MD-90A – is also in development, and the company said in December it was in the process of joining the wing to the fuselage. The production plant planned to complete the first aircraft and begin testing this year, it added.

On 11 February, “intensive flights” of the upgraded Il-38N anti-submarine warfare aircraft also began at the Pacific fleet naval air base in Elizovo, Russia.

The “N” variant of the type benefits from an upgraded search sensor, the company says, and can carry out patrol tasks and search for and counter submarines. The manufacturer has received two contracts from the Russian defence ministry to phase the upgrade of its 19-strong fleet of Il-38s to this standard, the first of which was delivered in 2014.