Complexity has been the hallmark of the NH90 helicopter programme virtually from the outset. Its 13 customers – a total that includes one nation still working through a contract reduction and another looking to cancel its order entirely – have so far ordered 26 distinct variants of the 10.6t rotorcraft.

The unnecessarily sprawling nature of the programme, coupled with the three-way NH Industries consortium comprising Airbus Helicopters, AgustaWestland and Fokker and its six production sites, have all contributed to a programme that at times appeared to be lurching from crisis to crisis.

However, as the company marks delivery of the 200th example – a troop transport TTH model for the Belgian air force – and successful deployments to Afghanistan, it appears to have turned a corner. Now it is looking to simplify its offering to potential customers while additionally proposing upgrades and ensuring in-service support.

Speaking on 23 June at an operators’ conference at Bückeburg air base near Hanover, Vincent Dubrule, president of NHI, said it is now proposing “a unique but flexible configuration of the NH90”. 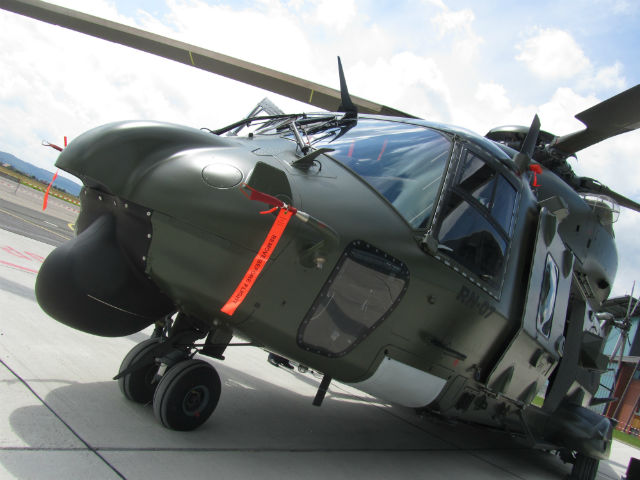 The new baseline helicopter would be no less capable than those already delivered, says Dubrule, but would allow potential operators to “plug in whatever equipment they want” without the need to “restart from scratch” on every different model.

It is likely to make its debut with Qatar, which is currently in negotiations with NHI for an order for up to 22 examples: 12 TTHs and 10 of the NFH naval variant.

“The configuration...will start with them. We will base [it] on what [Qatar] wants but we can descope it or rescope it for other prospects,” he says.

Those negotiations are progressing, says Dubrule, with the aim of finalising the contract by the end of the year. Deliveries would then start in 2017-2018.

Dubrule says that with operators having flown around 50,000h and the programme having reached the 200th delivery milestone, the NH90 is approaching its mature phase.

“It is a step and now we deliver [mainly] final configuration helicopters – it is not a development or [initial operating capability] helicopter,” he says.

Last year, NHI delivered 50 aircraft and will maintain a similar level of production in 2014 as it tackles the over 300 NH90s still in its backlog. At this rate – and with future customers still to come – final assembly work stretches to at least 2020, says Dubrule.

Now, however, it is focused on sustaining those rotorcraft already delivered and “working with customers” to improve fleet availability and solve “some teething issues they have”.

Additionally, NHI is consulting with its operator base over potential enhancements to the helicopter. Ideally, these would be requested by multiple nations in order to spread development costs, he says.

Peter Harris, NHI's head of customer satisfaction, says possible requirements so far have included improvements to the type’s electro-optical sensors and data links enhanced to the Link 22 standard. Additional battlefield-wide communications systems to improve interoperability with both special forces and unmanned air vehicles may also be needed, he adds.

However, he says, the performance of the NH90 and its engines are seen as a “strong point” by operators, particularly in the hot and high conditions of Afghanistan. 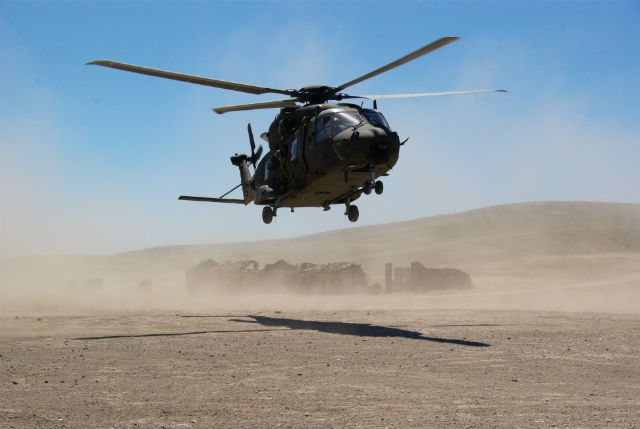 So far, two nations – Italy and Germany – have deployed the type to Afghanistan as part of the NATO-led mission there.

Lt Col Kai Eggert was a squadron leader when the German army last year sent four TTHs to Mazar-e-Sharif to operate in a forward medical evacuation role. The aircraft have logged 900h in theatre, he says, with pilots generally full of praise for the NH90.

“We were pretty convinced and surprised by the amount of support the aircraft provides to the pilot,” he says. “The feedback was all in all very positive but some things needed to be improved, for instance the environmental control system.

“Our complaints have been taken into account very seriously and within less than three months those issues have been solved and those parts that needed improvement have been replaced,” he says.