The US National Transportation Safety Board (NTSB), the federal agency responsible for aviation accident investigations, has recommended closer scrutiny of flight instructors following a 2019 crash in Mokuleia, Hawaii that killed 11 people.

In a safety recommendation report published on 7 January, the NTSB says the pilot of the accident aircraft, which was carrying skydivers on a parachute jump flight, had been inadequately trained.

It asks the Federal Aviation Administration to create a more robust programme to flag instructors whose “student pass rate… has become substandard”. 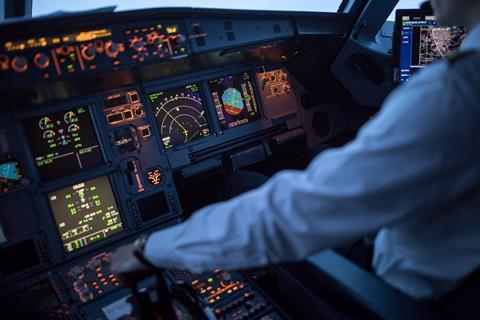 “The FAA’s stated practices on flight instructor surveillance are that substandard pass rates are indicative of instruction that needs to be more closely monitored so the FAA inspector can determine whether the instructor is providing adequate flight training,” the agency says.

The NTSB is making the recommendation following a fatal accident on 21 June 2019. A twin-engine Beechcraft King Air 65-A90 crashed just after take-off, destroying the aircraft, and killing the pilot and his 10 passengers.

While the investigation is ongoing, the NTSB has already determined that the pilot had likely been inadequately trained, and had initially failed numerous FAA exams after training at a school in Torrance, California.

“Even though the… flight instructor endorsed the accident pilot for a private pilot certificate with an airplane single-engine land rating, an instrument airplane rating, and a commercial pilot certificate with an airplane multi-engine land rating, the accident pilot did not pass the checkrides for each on the first attempt,” the NTSB says.

In addition, the FAA had determined that in the two years ending in April 2020, only 59% of that same instructor’s students passed their checkrides on their first attempt. The FAA offers several paths for instructors to keep their qualification - one of them requires a pass rate of 80% of five or more students within a two-year period.

“The NTSB found, however, that even with the substandard student pass rate, the Mokuleia accident pilot’s flight instructor was not receiving appropriate additional scrutiny,” the organisation adds. “According to the FAA’s Aviation Instructor’s Handbook, a student’s ‘failure to perform often results from an instructor’s inability to transfer the required information.’”

NTSB now wants the FAA to be automatically notified if instructors’ pass rates dip below 80%.

In response to the recommendation, the FAA says it is “working closely” with the NTSB to investigate the accident in Hawaii, and that it “takes NTSB findings and recommendations very seriously”.

“The FAA is evaluating the NTSB’s recommendations from this investigation and will provide a preliminary response within 90 days,” the agency adds.

In the US, certified pilots who choose to teach often use the job as a stepping stone to a commercial pilot role at a passenger or cargo carrier. Since 2013, US regulations require new airline pilots to have 1,500h of total flight time before they can apply.

With the high cost of training and renting aircraft, many candidates first become flight instructors with the goal of logging hours. But instructor pay tends to be low, and before the aviation downturn, when airlines were hiring, turnover levels were high – about 80% at Embry-Riddle Aeronautical University, according to the school’s assistant dean and chairman of flight training Kenneth Byrnes. Once pilots had hit the required time, “they were gone”, he says.