The Kawasaki P-1 maritime patrol aircraft has made its Paris debut, as Tokyo eyes upgrade opportunities for the four-engined type.

The Japanese Maritime Self Defence Force has 11 P-1s in service, and is expected to acquire up to 70. The aircraft will replace the venerable Lockheed Martin P-3C Orion in Japanese service, and Tokyo sees opportunities for the type to replace aging P-3Cs globally.

About 90% of the aircraft and its systems are Japanese produced, says Takahiro Yoshida, a director in the project management division of Tokyo's Acquisition, Technology, and Logistics Agency (ATLA). 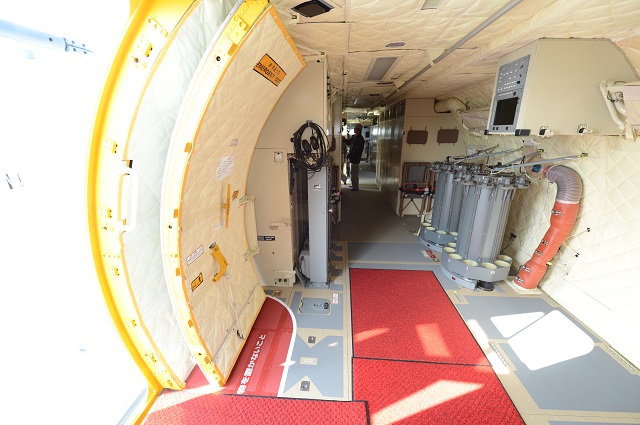 While Kawasaki performed the overall systems integration, key systems were produced by Japanese stalwarts such as NAC, Fujitsu, Mitsubishi, and Toshiba.

Nonetheless, Yoshida says that Tokyo is interested in working with western companies on various upgrades for the P-1, in areas such as avionics and sensors. Major upgrades are planned for every ten years, with incremental upgrades to occur at shorter intervals.

The aircraft's distinguishing feature are its four IHI Corporation F7 engines. Captain Tomoyuki Tako, ATLA's programme manager for the aircraft, says the engines have a bypass ratio of 8:1. This, along with the P-1s large wing area, aids performance at low altitudes. 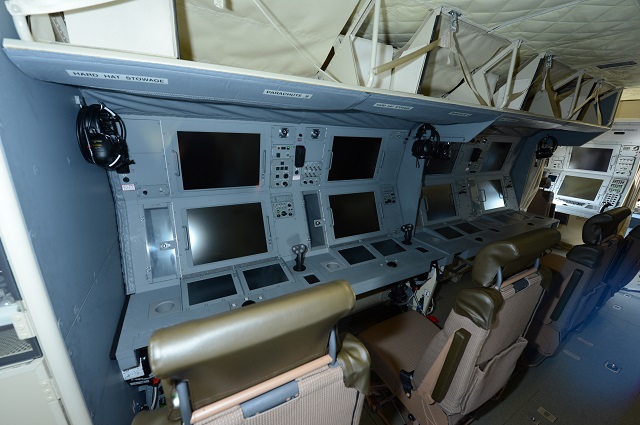 He declined to discuss specifics about the P-1s low flying characteristics, but says it can perform well below 500ft. For engines reduce the risks involved with an engine failure when the aircraft is operaing at low altitude. Tako says this particularly reduces the risks inherent in birdstrikes.

The aircraft is equipped with a range of sensors. It has forward and side-looking active electronically scanned array (AESA) radars, which can locate and track both surface and aerial targets. 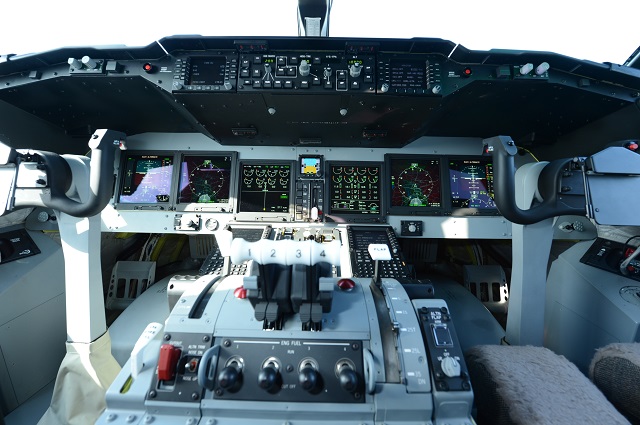 In addition, it has an electro-optical/infrared sensor ball forward of the main landing gear. When not in operation, this equipment can be retracted to shield it from the jet's slipstream.

As the aircraft was designed specifically for the maritime mission, the cockpit features very large windows with excellent visibility.

Tako declined to discuss the capacity of the aircraft's weapons bay, but said that it can accommodate more than the P-3C – the Orion has capacity for eight weapons weighing a total of 9,100kg. 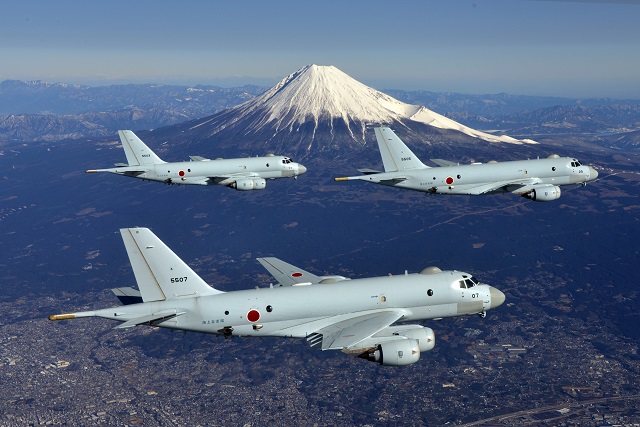 In addition, the P-1 can accommodate six air-to-surface missiles on wing-mounted pylons, although the aircraft on display has no hard points fixed.

Yoshida adds that Tokyo is interested in obtaining foreign customers for the aircraft, following changes in government policy about the export of defence equipment.

"We're not so much trying to promote sales of a product, but rather to work with partners to strengthen ties."

He adds that by its nature a sophisticated platform such as the P-1 will have a relatively small market. He says that any foreign buyers will need to have sophisticated capabilities already, as well as very tight information security systems.