A first-flight milestone for the GE9X turbofan is only weeks away after GE Aviation completed installing the 339cm (133.5in)-diameter turbofan on the Boeing 747-400 testbed. 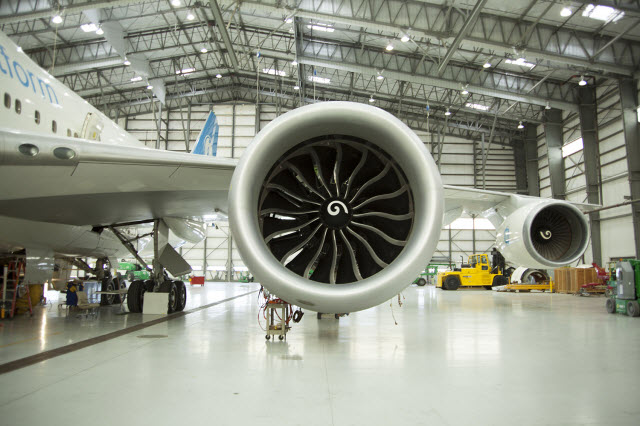 With a fan diameter 55% wider than the 747-400's three other CF6-80C2 engines, the GE9X forced GE and Boeing to make several modifications, including a strengthened wing and pylon.

The upcoming flight tests will be used to validate how the GE9X conforms to a promised 10% fuel-burn reduction relative to the GE90-115B, the engine used to power the 777-300ER.

It is the fourth test engine in the GE9X programme.

GE has started certification testing on the GE9X, with plans to achieve airworthiness certification next year. The first 777-9 test aircraft is scheduled to fly in 2019, followed by certification and entry into service before the second half of 2020.