Pilatus has conducted the first flight of a PC-21 trainer for the Royal Jordanian Air Force, a new customer. 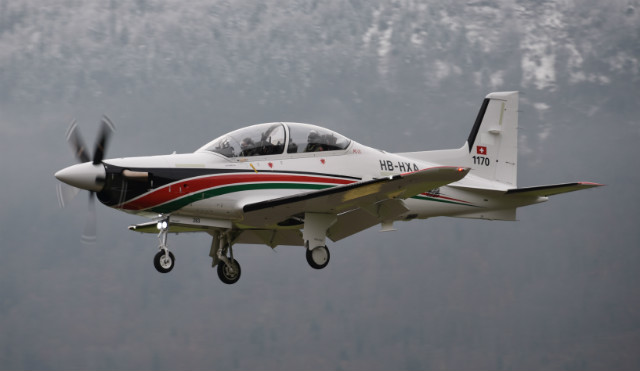 Earlier this year Jordan amended a previous commitment for nine PC-9Ms to instead acquire the more capable PC-21. Its air force will field eight of the type, with Pilatus having previously said that deliveries of new trainers should begin for the service in January 2017.

The Middle Eastern nation will join a growing list of operators for the turboprop-powered PC-21. Flight Fleets Analyzer records a combined 131 as being in active use with the air forces of Qatar, Saudi Arabia, Singapore, Switzerland and the United Arab Emirates. Australia has ordered 49 of the type, with deliveries due to start next year.