Lockheed Martin's LM-100J completed its debut flight from Marietta, Georgia on 25 May, just over three months after the commercial freighter was rolled out at the site.

Flight tracking services record the aircraft – registered N5103D – as having made a 2h 47min flight, at altitudes up to 11,000ft.

"It performed flawlessly, as is typical of our military C-130J new production aircraft," says Wayne Roberts, Lockheed's chief test pilot for the LM-100J. 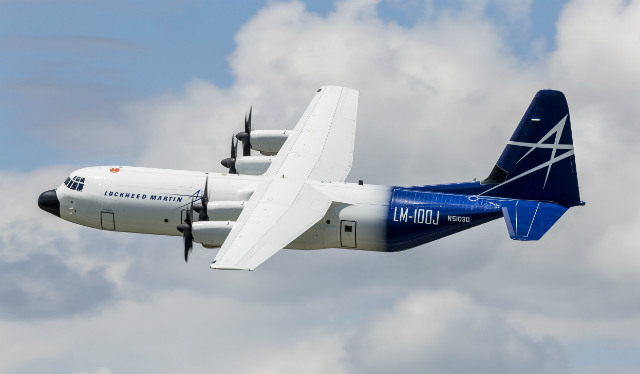 George Shultz, the company's vice-president and general manager for air mobility and maritime missions, says the new freighter "is exceeding all expectations in terms of performance and capabilities".

Derived from the proven C-130J, the new commercial model is Lockheed's intended replacement for L-100 freighters which it produced between 1964 and 1992. Intended missions include transporting oversized cargo, including following natural disasters, plus performing medical evacuation flights and, potentially, firefighting duties.

Flight Fleets Analyzer records South Africa's Safair as expecting to introduce 10 LM-100Js. A Brazilian-based start-up – Bravo Cargas – intends to acquire the same number. There are 47 L-100s in operational service around the world, Fleets Analyzer shows, including those in military use.