The jet performed basic operations during the flight including climbing, descending, and circling, says Mitsubishi Heavy Industries in a statement.

After the flight, the MHI test pilot said the aircraft was “extremely stable” and handling was identical to pre-flight simulations.

“The X-2 is a prototype stealth aircraft - the first in Japan to feature technology impeding its detection by radar - engineered for extremely high manoeuvrability,” says MHI. “The prototype integrates an airframe, engines, and other advanced systems and equipment all adaptable to future fighters.” 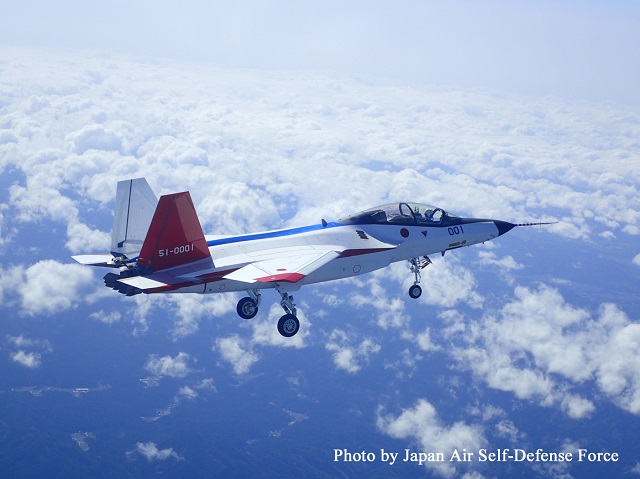 MHI has been working on the programme for seven years with 220 domestic companies. Japan’s Acquisition, Technology & Logistics Agency is also playing a major role in the programme.

The aircraft, formerly designated ATD-X, is designed to help Japan explore advanced fighter technologies such as stealth, thrust vectoring, advanced sensors, and datalinks. It will not be developed into an operational fighter aircraft, but rather help Tokyo gain know-how for future fighter programmes.

Powered by two IHI XF5-1 low-bypass engines, the aircraft small by fighter standards with a length of 14.2m (46.5ft) and a wingspan of 9.1m.