An Indian air force Sukhoi Su-30 MKI aircraft has carried a BrahMos supersonic cruise missile aloft for the first time, a key milestone toward the eventual deployment of the capability.

The twin-seat aircraft carried the 2,500kg missile during a 45 minute sortie from the Hindustan Aeronautics airport in Bengaluru, said the Indian aerospace firm in a statement.

The aircraft is the first of two Su-30 MKIs to be modified to test the missile, says HAL. Eventually, 40 air force Su-30s will be equipped to carry the missile. 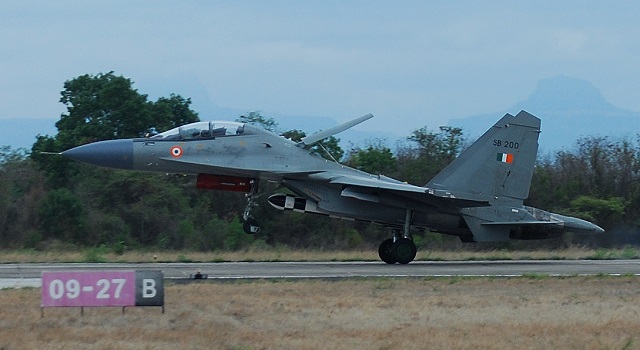 The first flight carrying the weapon will be followed by a series of test flights.

Developed locally in India, the BrahMos missile has an active radar seeker and can achieve speeds of up to Mach three. It is powered by two stages: a solid propellant booster takes the missile to supersonic speeds, at which point a ramjet takes over.

The missile can be launched from land, sea, and air. The air-launched version has larger fins to help stability when separating from an aircraft.

It has a published range of 290km. The missile has a 200-300kg warhead, with its lethality enhanced by the missile’s high velocity.