Airbus has kicked-off its alternative fuel research programme by flying an A380 with a synthetic liquid fuel process from gas (GTL) on a three hour flight between Filton in the UK and Toulouse.

The trial is part of Airbus’s studies into alternative fuels, with the airframer having announced the GTL project at last year’s Dubai air show in conjunction with a team that includes Shell, Qatar Airways and Rolls-Royce.

Airbus president and CEO Tom Enders says. "Our alternative fuels roadmap requires innovation, diversity of ideas and options that need to be explored.

"This takes bold cross industry and cross border collaboration and that's what we are showing today with our groundbreaking first test flight with alternative fuels. It is part and parcel of Airbus' commitment to providing leadership as an eco-efficient."

Airbus says under the research programme, this marks the first step of a long-term testing phase to evaluate potential alternative fuels. 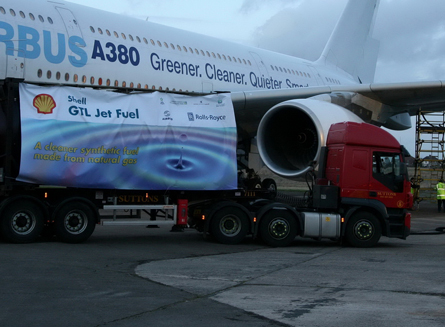 "GTL could be available at certain locations to make it a practical and viable drop-in alternative fuel for commercial aviation in the short term," Airbus says. "GTL has attractive characteristics for local air quality, as well as some benefits in terms of aircraft fuel burn relative to existing jet fuel. 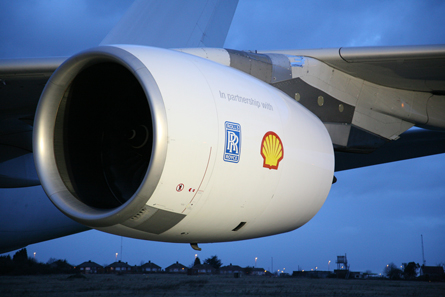 To see more images as they emerge visit AirSpace.aero