Turkish Aerospace Industries has performed the first flight of its Hurkus B basic trainer, and says the new type is on track to achieve service entry as planned later this year. 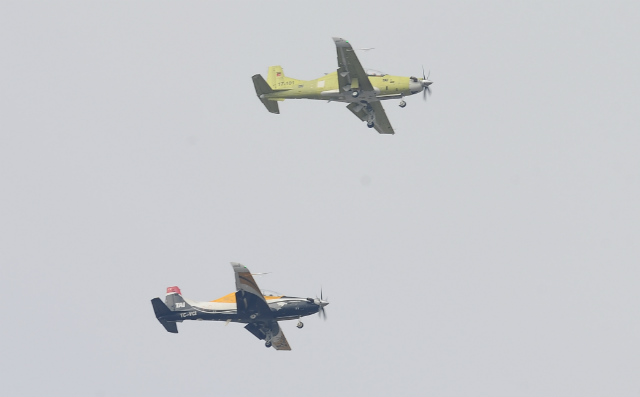 Announcing the milestone on 30 January, TAI outlined its test schedule, noting: "After 90 flight hours of planned sorties it will take its part in the inventory of the Turkish armed forces." The process will include assessing the performance of the type's Pratt & Whitney Canada PT6A engine, plus its avionics and flight stability, the company says.

Ankara has so far committed to acquiring 15 Hurkus Bs for the Turkish air force, with an option to add a further 40 examples. TAI also is seeking export orders for the indigenously developed trainer. 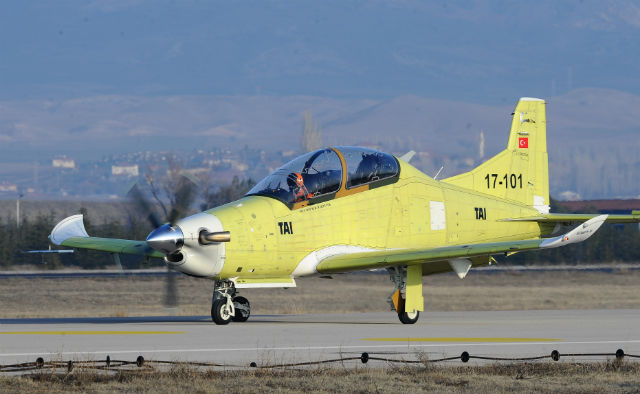 The Hurkus B is markedly different to TAI's A-model variant, which is intended to secure civil certification from the European Aviation Safety Agency. The military model gains a BAE Systems LiteHUD lightweight head-up display in the front cockpit, plus multifunctional cockpit displays, a mission computer and Martin-Baker Mk T16N ejection seats.

"Hurkus B is 100kg [225lb] lighter, faster, more modern and stronger than Hurkus A," says TAI chief executive Temel Kotil, who adds: "This version has a more stable and comprehensive design."