Images have emerged on various Chinese defence websites of what appears to be a testbed for a possible carrier-borne airborne early warning and control (AEW&C) aircraft.

The aircraft, apparently designated JZY-01, is based on the Xian Y-7 transport, the Chinese version of the Antonov An-26. A rough translation of the Chinese characters on the fuselage reads "demonstrator aircraft".

The two most notable features are a large circular radar dome mounted on a single mast aft of the wing root. It is unclear whether this is an operational radome, or a mock-up for testing aerodynamics. 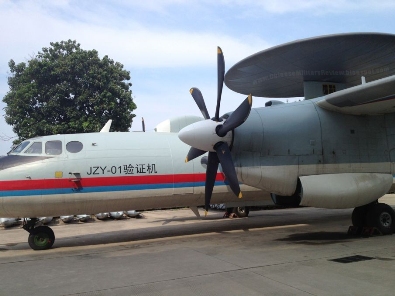 Notably, the JZY-01 appears to lack a tail hook, an essential piece of equipment for a carrier-borne aircraft. In addition, the landing gear would need to be heavily modified for carrier operations, and there is no indication that the wings can fold.

China is conducting sea trials of a 60,000t aircraft carrier that formerly served Russia as the Varyag. This ship, however, would be unable to support operations by large AEW&C aircraft because it relies on a 'ski-ramp' to launch aircraft. This limits fixed-wing operations to jet powered fighters, such as the Sukhoi Su-33 or China's Shenyang J-15.

The existence of the JZY-01 could suggest that China eventually intends to develop aircraft carriers equipped with steam or electro-magnetic catapults. 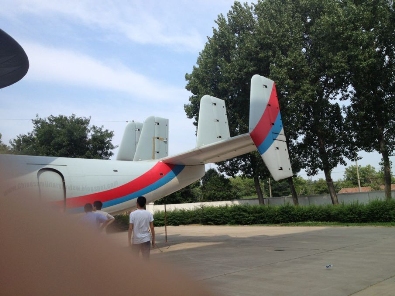