The work took place off the coast of Queensland and involved several contacts between the A330 MRTT’s boom and the C-17A’s refuelling receptacle. This marks the first time a RAAF-operated A330 MRTT has refuelled a RAAF-operated C-17A. 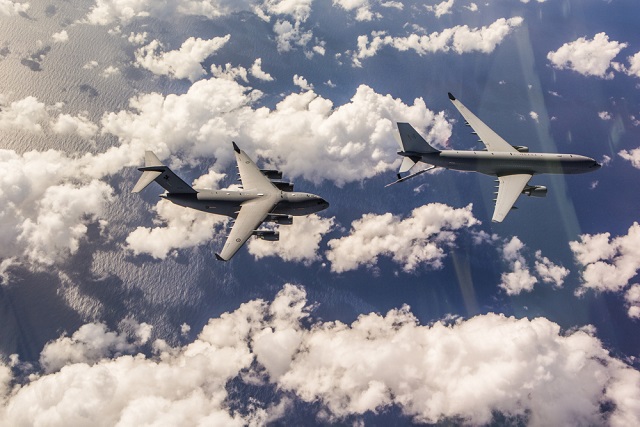 All images from Commonwealth of Australia

“Our testing program is not just of benefit to the RAAF but, through close cooperation with the United States Air Force flight test system, this clearance activity will also provide a meaningful contribution across allied test and evaluation activities,” says RAAF Wg Cdr Daniel Rich.

The Australian sortie follows an earlier mission in February that saw an RAAF A330 MRTT - designated KC-30A in RAAF service- - refuel a USAF C-17A over Edwards AFB in Claifornia. During that sortie the tanker delivered 6,800kg (15,000lb) of fuel to the C-17. 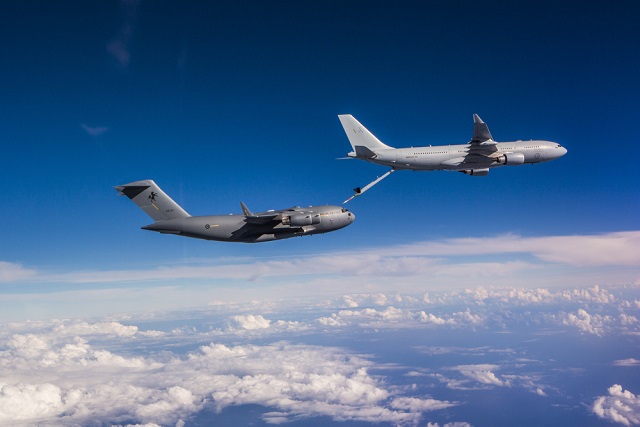 The five-hour sortie in February saw 39 contacts made between the two jets using the boom. 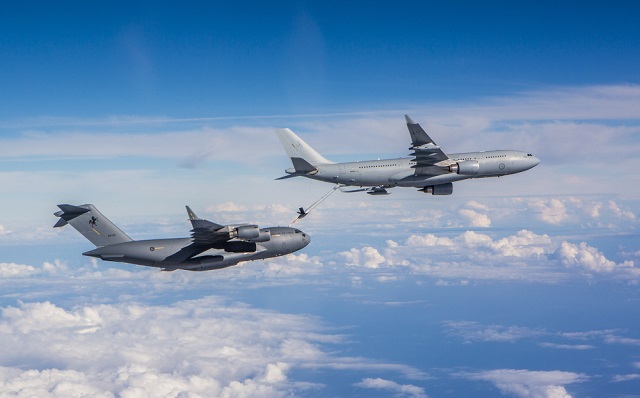