MBDA’s Storm Shadow cruise missile has been used by the Royal Air Force in the campaign against Islamic State militants in Iraq for the first time, with the weapon having been deployed by Panavia Tornado GR4s operating from its Akrotiri base in Cyprus.

Pictures have been released showing a Tornado deploying from the RAF base, with the Ministry of Defence claiming that the missile was the most suitable weapon for the selected mission: targeting a large IS-held bunker in western Iraq.

“Intelligence had determined that Daesh were using a large concrete bunker in western Iraq as a weapons facility,” the MoD says. “Due to the massive construction, built during the Saddam [Hussein] era, it was decided to use four Storm Shadow missiles against it, as the weapon has particularly good capabilities against such a challenging target.”

A pair of Tornados launched the missiles on 26 June, and “all four Storm Shadows scored direct hits and penetrated deep within the bunker”. 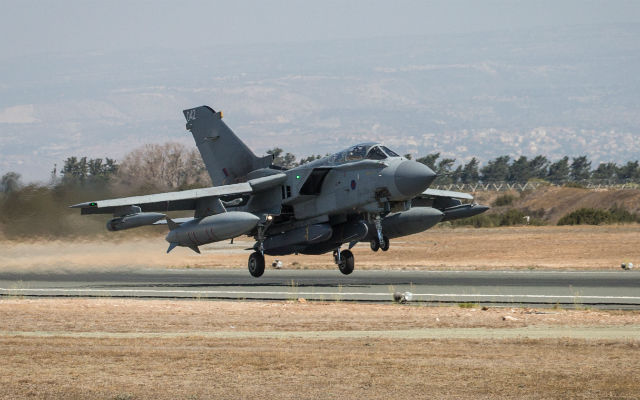 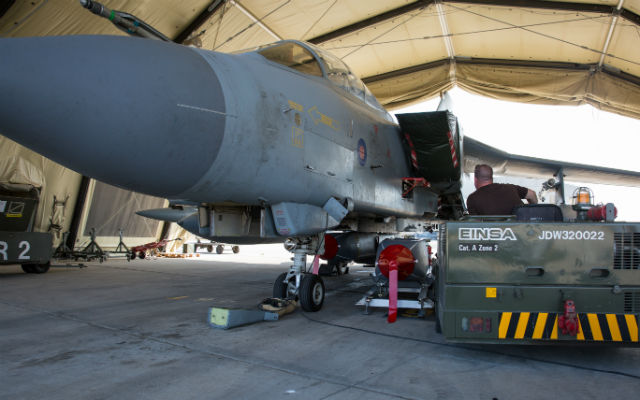 The precision-strike weapon was first used by Tornados of the RAF’s 617 Sqn during the war in Iraq in 2003, and it fully entered service in 2004.

Work is currently under way to integrate Storm Shadow onto the RAF’s Eurofighter Typhoons, an activity which comes under the P2E development effort that will also add MBDA’s Meteor beyond-visual-range air-to-air missile. Both weapons are due to be fully operational on the Typhoon by 2018, and a final release of Storm Shadow from the platform was due to be conducted in mid-June.

The RAF has employed a number of other armaments during its participation in the anti-IS campaign, including the Lockheed Martin AGM-114 Hellfire, MBDA Brimstone, Raytheon Paveway IV and GBU-12 Paveway II laser-guided bombs.