Saab has unveiled its next-generation Gripen E fighter, some three years before delivering its first of at least 96 production examples to the air forces of Sweden and Brazil. 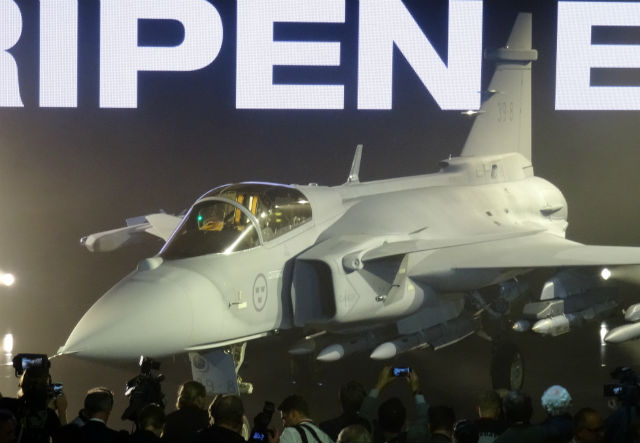 Rolled out at the Swedish manufacturer's Linköping site in Sweden on 18 May, aircraft 39-8 is the first of three test aircraft which will support the Gripen E programme. It will be handed over to the flight test department at the site "this summer", and is on track to make its debut flight before the end of this year, the company says. It will be used initially to verify the evolved design's general systems, airframe and aerodynamics. The additional two Swedish test assets are already in different stages of structural assembly.

One test aircraft will also be manufactured for Brazil, with this to undergo around one year of flight testing in Sweden before being transferred to a new facility at local partner Embraer's Gavião Peixoto site late this decade. 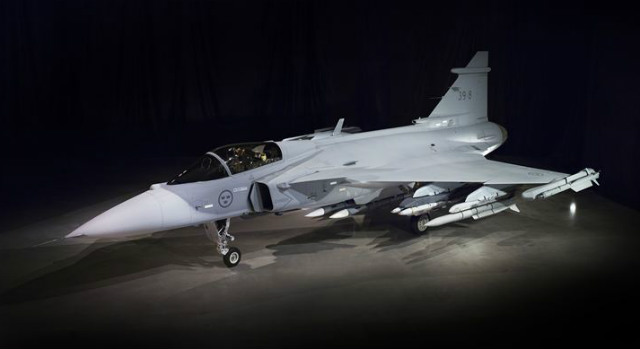 Sweden has ordered 60 Gripen Es, while Brazil will acquire an initial batch of 36: 28 single-seat NG examples and eight twin-seat aircraft, including locally-assembled units.

Speaking at the roll-out, Brazilian air force commander Gen Brig Nivaldo Luiz Rossato described the development of the advanced combat aircraft as "a significant milestone in the history of both countries." He adds: "The Gripen NG will represent a major advance to face any threat to airspace sovereignty. These fighters will be the backbone of the Brazilian air force."

"This is the only fighter programme on time and on budget," says Ulf Nilsson, Saab's head of aeronautics. Initial operational capability is planned to be achieved by the Swedish air force in 2021, with full capability to be declared two years later. 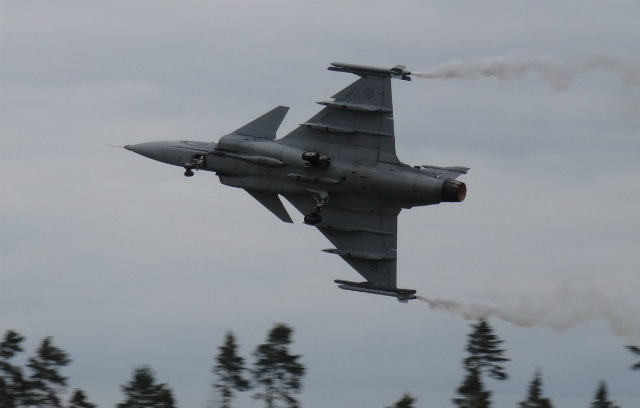 The event also included an aerobatic display by a Gripen C (above), and a static appearance by one of the Swedish air force's fighters in the new MS20 operating standard. Now being fielded by the service's squadrons, this adds new capabilities including MBDA's Meteor beyond-visual-range air-to-air missile and Boeing GBU-39 small diameter bombs (below). Up to 16 of the latter can be carried using four smart weapons launchers. 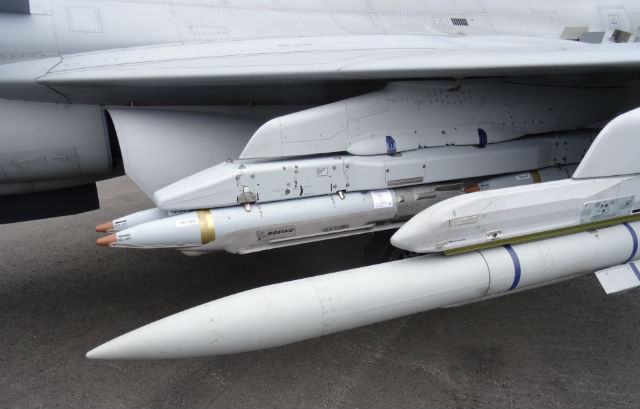