Two Lockheed Martin F-35s belonging to the Royal Netherlands Air Force have departed North America on the first eastbound transatlantic crossing of the fifth-generation fighter type, touching down at Leeuwarden Air Base in the Netherlands at approximately 8:45pm local time.

The landing on 23 May was streamed live on YouTube by the Dutch Ministry of Defence, following an approximately 4,780nm (8,850km) journey from their home at Edwards AFB in California to Naval Air Station Patuxent River in Maryland (4h flight) and then across to Leeuwarden (8h).

The jets were helped across by two RNAF Boeing/McDonnell Douglas KDC-10 tankers, which received F-35 refuelling certification in March. A Boeing C-17 Globemaster III strategic airlifter belonging to NATO is assisting in bringing across more than 35.5t of cargo, including spare parts, support equipment and 30 personnel. The F-35s will be refuelled every 1080nm.

The arrival coincides with the Air Force Open Day at Leeuwarden on 10-11 June, fulfilling a pledge by Dutch defence minister Jeanine Hennis-Plasschaert that the aircraft will be brought home for a public viewing. The aircraft will stay for three weeks before returning to Edwards AFB, where they currently reside as part of the joint USA-Australia-Netherlands F-35 operational test detachment.

According to the Netherlands MoD, the aircraft will use this opportunity to practice an overseas deployment and to conduct noise-level trials. The first operational Dutch F-35s will not arrive at Leeuwarden until 2019, followed by a second group at Volkel Air Base in 2022.

“The test flights will enable local residents to experience and compare the noise level of the F-35 with that of the [Lockheed F-16A/Bs] currently in use,” the MoD says. “According to the current plans, the first opportunity for a noise-level test flight is 25 May.” 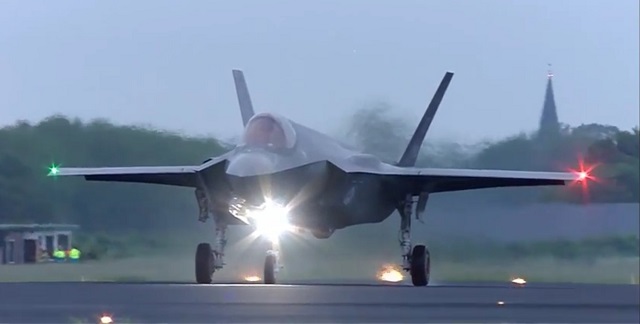 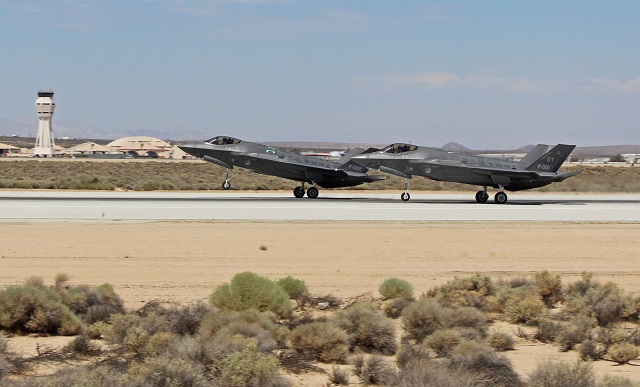 The conventional-variant F-35As will send test and maintenance data back to Edwards AFB via a newly established information link that is meant to connect the intrepid aircraft with the global Lightning II maintenance and logistics network known as the Autonomic Logistics Information System (ALIS).

Amsterdam is procuring 37 F-35s to replace its Fighting Falcons, with operations split between two primary bases.

The two Dutch examples arrive in Europe ahead of a larger American and British F-35 contingent that are presenting at the Farnborough International Airshow in July.

The first transatlantic crossing was achieved in February by an Italian Air Force F-35A assembled locally at Cameri Air Base. The jet is making its way to the multinational training base at Luke AFB in Arizona with a three-month stop in NAS Patuxent River for electromagnetic testing. 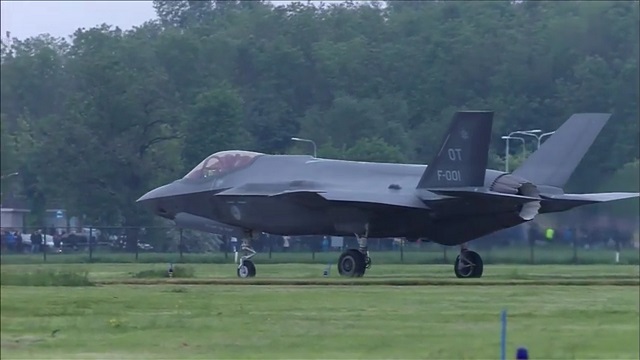 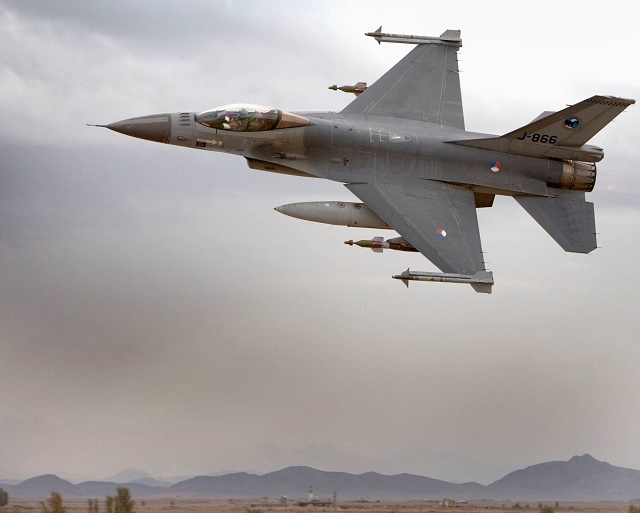